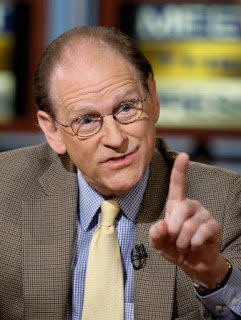 A close pal of Mayor de Blasio is trying to help a concert promoter score city approval for a music mega-festival in Queens.

AEG Live — which runs the popular, but crime-laden Coachella concert series in California — has shelled out $150,000 to lobbyist Harold Ickes, a former Clinton administration official and longtime mentor to the mayor, who also served on Hizzoner’s transition team, records show.

Since 2014, Ickes has lobbied for AEG to get a permit to host a music festival that would take up much of Flushing Meadows Corona Park for several days next summer.

Among the agencies he lobbied are the Parks Department and the Mayor’s Fund to Advance New York City, a nonprofit arm of City Hall chaired by de Blasio’s wife, Chirlane McCray, records show.

As part of the mayor’s transition team, Ickes played a key role in the March 2014 hiring of Parks Commissioner Mitchell Silver, who signs off on all park permits.
Posted by Queens Crapper at 9:05 AM

Der Mayor's "First Lady" wife is trying to ghettoize NYC.
We were better off....Ugghh....under Bloomberg.
This wimp is tied to his wife's apron strings.
Cannot wait until De Blah-Blah's term is over. Anybody but this mentally ill mayoral boob gets my vote.

Fix the damn park already.No one cares about these concerts.

Be careful for what you ask.

Remember when we said no one could be worse than Mayor Dinkins...

But don't fret. Melinda Katz will save the people's and families park and reject the concert.

This was a done deal back in July. The people aren't stupid.

In the past 2 years the majority of the park with the exception of the tennis courts and Ashe Colosseum and the recent fugly painting over the rusted pavillion have been neglected, overrun by marauding gangs and even alligator sightings. And lo and behold here come one of the monopoly concert promoters with a sudden interest of throwing some weekend bacchanalia of merch, booze and drug consumption that will promise improvements to the blight.

The way this park is treated, along with others in Queens like Forest,Charles and Riis, is synonymous with the slumlords tactics that are ever present in any regular or cluster buildings. Letting it rot so it will be easier to plunder aka buy it cheap.

And with the presence of another Clinton crony should give any democrat or republican pause. This parasite and his fellow parasites, who supposedly care for the middle class and poor, will always cater to the bottom line instead of the now bottom rungs of the economic chain.

It's clear that this account was settled long ago, as a protest the citizens should make the most of it and crash the concert and cramp all those millenials "style", since this for profit event in a public park gives the public jurisdiction to do so. Hey, it happened at woodstock.

Look at that prune faced crook.
And he needs a new suit. How wide are those lapels? A 1980 hand me down?