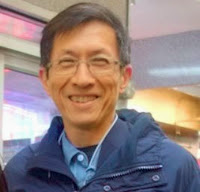 Longtime Flushing activist and planner Wellington Chen has been nominated by Mayor di Blasio to serve on the 11-person Landmarks Preservation Commission as a lay member.

His nomination will now by vetted by the city and voted on by the City Council.

Chen has been executive director of the Chinatown Partnership Local Development Corp. in Manhattan for nine years.

The Flushing resident previously served as a planning advocate for TDC Center, a Flushing developer. The firm, in conjunction with others, is now creating the mixed-use Flushing Commons, at the former site of Municipal Parking Lot 1.

Chen considers himself a preservationist and cites his involvement in trying to get the RKO Keith’s Theatre landmarked and saving Flushing Town Hall from neglect.

Chen also points to his involvement in saving Flushing Town Hall, which had been leased and was rapidly deteriorating. He called a meeting with the leasee and eventually the property reverted to the city.

CB 7 District Manager Marilyn Bitterman, who worked with Chen for years, said the mayor couldn’t have made a better choice in selecting him.

But not everyone in Flushing is a fan of Chen. Paul Graziano, a historic preservationist and zoning consultant, said he has “great reservations” about the nomination. “I am very concerned because he is not a preservationist, but a longtime fixture in development issues.”

Jerry Rotondi, a member of the Committee to Save the Keith’s, said he doesn’t think Chen will be an asset on the LPC.

“He is too politically connected and I don’t see him as a champion for Queens because he’s on the side of too many developers,” Rotondi added.
Posted by Queens Crapper at 12:31 AM

He had nothing to do with the restoration of Flushing Town Hall.

If you ask the "usual suspects" they will applaud Chen as the greatest thing since sliced bread. Of course, they will have to be begging favors from him if he becomes an LPC commissioner. I know Wellington and he certainly can talk a good game about being a preservationist. Oh my gosh , it even sounds like he saved the RKO Keith's single handed, but we know better. Our committee to save the Keith's has been actively involved with the site since 1981. Everybody loves to climb aboard the bandwagon concerning the Keith's Flushing Theatre, because it's a great football to run with. Yet, If everybody is really so caring , how come it was allowed to languish for nearly three decades? Brooklyn gets a fully restored Loew's Kings movie palace as a centerpiece for renewal. Flushing gets a handful of double dealing politicians and officials who did not really roll up their sleeves and get down in the trenches to save the Keith's. Just because Chen is from Queens does not guarantee that he will be a good advocate for our borough. Let us remember Vickie Sunna, wife of Silvercup Studios owner in LIC She was an LPC commissioner and did as little as possible for our borough during her tenure. I have served on many boards concerned with historic preservation. To name a few...Queens Historical Society, Queensboro Preservation League, The Fort Totten Conservancy and Committee to Save RKO Keith's.
Where was Wellington Z. Chen at the forefront of historic preservation? Yet he could usually be seen involved with development projects. I' m sorry Mr. Chen , but I personally cannot entrust you to represent Queens for the better.

Looks like Der Mayor Wilhelm needs a token Asian to show he's a well trained liberal. His wife has him on a leash or he gets thrown out of the bedroom, I guess.

Chen was once asked by a friend if he knew Tommy Huang. He denied knowing Huang but Chen was seen at a party with him. Draw your own conclusions. Two boys from Taiwan , Tommy & Wellington, served on the same community board....CB7! Hola! Wake up folks.

Wellington Zhou Chen can always be relied upon for serving himself as he has in the past. Atilla the Hun would make a better LPC commissioner.

So, Rosemary Vitor thinks Chen is OK. So, how come Bowne House looked like crap for years, Rosemary. Can you honestly say that you did your job well? I guess Ms. Vitor thinks that a good word for Wellington will score her points for Bowne House. Insofar as Marilyn Bitterman's love of Chen. She always deferred to Chen because she wants to keep her $90,000 a year job. CB7 is headquartered in a Chen building. And why is that?

I invite everyone to look up the profile on Chen in the Epoch Times. He spins quite a tangled tale. Is he in his right mind?

P.S.
Mr. Chen had nothing to do with submitting papers to landmark the RKO Keith's . I believe it was the founding members of the Committee to Save the RKO Keith's Theatre of Flushing Inc. who submitted the papers to the landmarks commission, The committee's work dates back to the early 1980s. My involvement with the committee began in 1986. Grabbing the glory for things that Chen had little or nothing to do with seems to be his forte.The committee was also responsible for getting the entire theatre listed on the national register of historic places even before the LPC process began.

Chen is all talk and no walk. He sits on the Chinatown Partnership. What if Chinatown is up for consideration as a landmark historic districtlant..which it is not now....can he be trusted? He will, no doubt , favor development of one of NYC's biggest tourist attractionover preservationists . How do you spell L-I-A-R? LOL! Chen ain't no preservationist. This quiet diminutive cur has done more to destroy history than Tommy Huang. Huang makes a spectacle of himself. Chen passes under the radar.

Wasn't this the guy who wanted to turn the median along Northern Blvd. in Flushing into a pedestrian plaza?

Didn't he also want to remove the memorials erected there honoring those who served in our armed services because they might "offend" the new residents of the area?

Yeah. I think that was him.

Isn't there an inherent conflict of interest for a developer to be on a Landmark preservation commission?

I believe the person who wanted to turn the median along Northern Blvd. into a parking area was Myra Baird Herce...past chair of CB7. She was very tight with Chen. Chen was put on CB7 by Donald Manes. Herce headed the Downtown Flushing Development Corporation which Manes helped set up and which Tommy Huang was a member of. Huang also sat on CB7. Cozy, huh? Herce also ran the Flushing Chamber of Commerce which she allowed to die. Thanks to John Choe who revived it. Flushing is still full of enough political snakes to scare St. Patrick. A coiled pair still slithers around CB7.

There was a matter of about $30,000 that the Downtown Flushing Development Corporation had when it closed down. Maybe the FBI should question Myra Herce while she is still living conveniently close in Queensboro Hill.

It should be a conflict of interest in honest government. The LPC is controlled by political interests who are fed cash by developers. Plus they take the mayors's marching orders. The appointment of Chen will be scored up as another dumb Di Blasio blunder. Let us hope Der Mayor is a one termer. But that is up to our equally dumb voters.

It does not matter. Rosemary Vietor has been around Bowne House since the year of the flood. Under her service Bowne House went to crap. DAR types like herself are used to having their asses kissed and rarely get their hands dirty doing real preservation work. It seems to me that they enjoy the status associated with a national historic landmark. BTW, it was disgraced John Liu who convinced Bowne House to be turned over to NYC. It should have been run by the US Government just like the Statue of Liberty is.

The other potential member that Di Blasio recommended to sit on the LPC is a plans examiner overseeing developers's plans. Chen pales by comparison. Are you reading any of this Mr. Mayor? I hope the chair of the LPC is too.

So Chen likes the RKO Keith's so much. Uh...right now NEW PLANS are being proposed for the Keith's site. Obviously there are CB7 committee hearings going on right now, prior to the public hearing which must follow by law, Call up the board and ask to be present . That is the law too.

We used to have great investigative reporters who would follow such tips and leads. They're gone. So we now drop hints on Queens Crap hoping that the proper authorities are reading QC.