Of course, a developer is involved in the Albany scandal 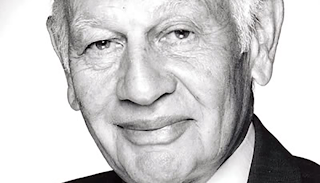 Unlike many other New York developers, Leonard Litwin, a shy, soft-spoken, compact billionaire, has never sought the limelight.

Yet Mr. Litwin and his company, Glenwood Management, have always stood out, for the number of luxury residential towers they have added to Manhattan’s skyline and the exceptionally generous donations Glenwood has made to state lawmakers.

Now, in his 101st year, Mr. Litwin is embroiled in a very public corruption scandal that is rocking the real estate industry and the state’s political establishment.

When Sheldon Silver, the speaker of the New York State Assembly, was arrested on federal charges on Thursday, the criminal complaint against him included accusations that he used his powerful position to reap millions of dollars in graft by steering real estate developers, among others, to law firms that gave him a slice of their fees.

Glenwood is one of the two developers cited but not named in the complaint, according to people familiar with the matter.

At Mr. Silver’s request, the complaint says, Glenwood, which owns 26 buildings with 8,700 apartments in the city, including three in Mr. Silver’s district, and the second developer hired a small law firm, Goldberg & Iryami, to handle some of its property tax work.

Though not named, Leonard Litwin's company, Glenwood Management, is cited as one of the real estate firms in the case against Sheldon Silver.

In exchange, prosecutors say, Mr. Silver got a portion of the fees that Glenwood and the second developer, whose identity remains unknown, paid the firm — a total of $700,000.

Glenwood was unaware of the arrangement until 2012, the complaint says. And Mr. Silver, a Manhattan Democrat, never reported the income as required on his annual financial disclosure forms, even as he continued to deal with legislation of interest to Glenwood and other developers, including rent regulations and real estate tax breaks.

While neither of the developers is accused of wrongdoing, Glenwood’s part in the case has stunned Mr. Litwin’s colleagues in the real estate industry, where he is a revered figure who, friends say, has always sought to avoid controversy. He and the company declined to comment for this article.

Leonard Litwin, who appears to be the developer at the center of a criminal complaint against Assembly Speaker Sheldon Silver, gave nearly $3.6 million to candidates and state-level political parties in the last election cycle, more than any other donor, according to a Capital analysis of campaign finance filings.

These donations included $1 million to Governor Andrew Cuomo, $450,000 to the New York State Democratic Committee and $19,700 to Lieutenant Governor Kathy Hochul. This makes Litwin the largest donor to Cuomo. He was also the largest donor to Attorney General Eric Schneiderman ($240,000) and Comptroller Tom DiNapoli ($180,000).

He gave to each of Albany’s five legislative conferences: Senate Republicans ($1.01 million), the Independent Democratic Conference ($195,300), Assembly Democrats ($179,500), Senate Democrats ($133,000) and Assembly Republicans ($3,150). Senator Jeff Klein received $80,000 from Litwin’s holdings, more than any other individual legislator. In all, 89 state-level campaign committees received money from an LLC owned by Glenwood.

The total does not include amounts Litwin sent to other groups’ political action committees or independent expenditure committees. Glenwood’s LLCs gave $162,200 to Jobs for New York and $100,000 to the New York League of Conservation Voters, both of which supported Senate Republicans. This also does not include donations to local candidates. Litwin was notably the largest donor to Westchester County Executive Rob Astorino in the last year of his 2013 re-election campaign.

1199 SEIU gave the second most money to candidates and parties, contributing $2.43 million. The Working Families Party received $801,350 from 1199, the largest share of its donations. Seven Senate Republicans received money from the union, which pledged last June to give no money to Senate Republicans.
Posted by Queens Crapper at 12:11 AM

It's all about the money. Our corrupt politicians have sold their souls to the devil and have sold our city and nation down the river. Round them all up and throw them in jail where they belong! The time has come.

Joe Crowley, you back yet from India?

everything is starting to fall into place now on this fraternity of misers,land barons and betraying thieves of elected office

every tower constructed,every beloved establishment destroyed,all the property and air pilfered were created by these wealthy men of respect and influence.These subhumans with their chicanery and those who enabled them have made this city unaffordable and unlivable.

This Litvin fellow is a snake,you think a man of his age and who is certain to kick to avoid getting subpoenaed would just own up to it.just say"yeah,I did it,so fucking what,I had a good run.And look how tremendous the skyline is now."

but he is just another willingly oblivious fraud,refusing to justify his blatant purchasing of breaks,favors and influence.

and all of these elected enablers just made a lot more people cynical,which will insure their reigns because these attitudes make people vote less.

Enjoy it while it lasts

until Preet's next press conference

I'll go ahead and say what everyone else is thinking: ALL JEWS.

I am not an anti Semite. Yet behold, another Jewish name appears.

If you're not an anti-Semite, then why mention it?

Because of knee jerk idiots like yourself who respond "anti Semitism" with hair trigger misconceptions. I suppose some of your "best friends are Jewish".