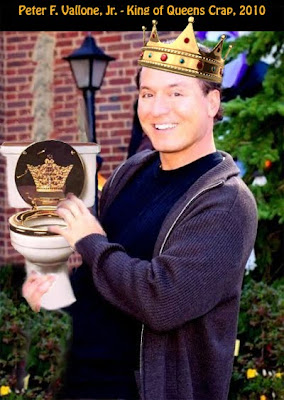 Celebrating their first legislative breakfast, the United Community Civic Association invited a host of elected officials, civic leaders and administrators to participate in a roundtable discussion focusing on western Queens.

Rosemarie Poveromo, president of the UCCA, gave an opening speech about problematic issues that affect certain areas of Queens. “For almost two decades UCCA and myself has not hesitated to publicly and candidly address what we consider to be serious and unjust issues unique to Northwest Queens,” she said.

“Oversaturated, overwhelmed and environmentally abused and assaulted,” are the words Poveromo used to highlight this area of Queens County, which she also says has been happening “cumulatively and for years.”

Councilman Peter Vallone Jr. (D-Astoria) eased the audience and said that though tough times were ahead, northwestern Queens is going to pull through. He also cited land use as a key issue.

“We haven’t rezoned Astoria and North Western Queens in a major way since 1961,” he said, adding that the area’s charm must be protected. “It’s a reason that this neighborhood is the greatest in the world and a reason why everyone is trying to come here. It’s the character of our people and name. This new rezoning is going to protect that.”

Sounds similar to closing the barn door after the horse ran away.
Posted by Queens Crapper at 12:09 AM

This issue, perhaps the most important thing to hit Astoria in decades, is examined extensively and in great detail at astorians.com

Great News!
CB1 voted 26 to 1 IN FAVOR of the Astoria zoning proposal.

Next public hearing will take place in March,
at the office of Queensboro President, Helen Marshall.

HOW F*CKING STUPID CAN Y0U BE?

WHERE DO THEY FIND THESE PEOPLE?

NOW THE REST OF US HAVE TO SUFFER.

Hey, encourage them. If this is what they want, it means less development in our community!

good work!!! Make sure Vallone doesnt reappoint the lone holdout (unless of course, he wanted R8 for Astoria)

I am ambivalent about any type of rezoning that restricts my right to build crap on my property. I should be allowed to screw Astoria the way Vallone and company have done the last decade. Why should I be penalized because my neighbor and I refused to sell our property and we are now surrounded by giant condo developments.


Vallone is simply lying when he says that there has be no major rezoning in Astoria since the 60's. Astoria didn't become the capital of crap by accident. The Vallone empire changed the zoning laws to allow all this new development. One has to question any zoning plan that the Vallones endorse.

Someone should publically ask Vallone (Senior and Junior), and the members of the community board about their real estate interests.

Does Vallone and Vallone represent clients in real estate? Did anyone ever approach them with a dispute with a developer? What happened? Where they helpful? Share this with Crappie.

Anyone who stands to benefit from this should recuse themselves from the process.

A search on the internet for the Vallone's lobbying clients here http://nyc.gov/lobbyistsearch/index.jsp reveals who they really represent. As far as their law firm , I don't know where to find that information.