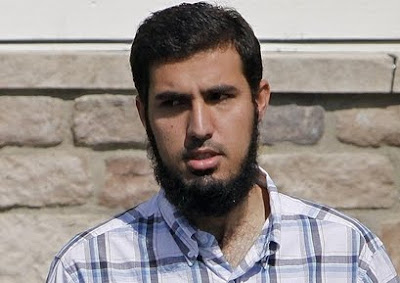 Kelly added that new information in the case will be released soon. All this after NBCNew York's Jonathan Dienst first reported the terror plot centered on three suicide bombers targeting the subways near Grand Central.

Najibullah Zazi admitted in court Monday to a plot to bomb New York City subways, saying he was recruited by al-Qaida in Pakistan for a "martyrdom plan" against the United States.

The 25-year-old former Denver airport shuttle driver and Afghan native pleaded guilty to conspiracy to use weapons of mass destruction, conspiracy to commit murder in a foreign country and providing material support for a terrorist organization.

When asked by the judge if he was trying to be a martyr, Zazi responded: "Yes, your honor. I have a different explanation to that. To me, it meant that I would sacrifice myself to bring attention to what the United States military was doing to civilians in Afghanistan by sacrificing my soul for the sake of saving other souls."

He admitted that his goal all along had been to detonate an explosive device on the the city's mass transit.

He faces life in prison without parole in a plea deal.

One of the people familiar with the Zazi case told the AP that Zazi decided to offer the information after being warned that his mother could face criminal immigration charges.

Now instead of 72 virgins, you'll be doing Bubba for eternity. Awesome!
Posted by Queens Crapper at 1:58 AM

Must be 100s more like him living in Jackson Heights, Flushing.
Perfect place to blending in with the all the turd world shit Bloomberg invited on plan's B, C, D, E , F, G

Now instead of 72 virgins:

He could look forward to 72 virgins whom are 100 years old is what I say to these boys who subscribe to Allah.

PS Allah did not preach or write this in the Koran.

Allah did not preach or write this in the Koran.
--
Correct! I have always considered Islam, Judism, and Christianity to be branches of the same faith.

Watched a fascinating documentary on the Koran where scholars are pretty sure that wording was mistranslated and this passage originally referred to something like 'eating cherries and milk' (i.e. like living in a land of milk and honey)

But, every religion is filled with literal zealots who refuse to critically review text and believe everything is exactly as written.

The head of the Democratic Machine and advocate of Sanctuary City:

These animals live among us. There are no doubt a hundred more in NYC like this one.


(not my line, but I thought it funny enough to post)

Rot forever, you piece of shit

Would someone please send these terrorists who live in Queens Mike Bloomberg's address. Since he is their host in our Sanctuary City and welcomes them here, he should be the lucky recipient of the next terror plot. Maybe he should think twice about being so hospitable to these thugs. Time to start enforcing the laws for all --not just for US Citizens. All illegals should be rounded up and deported. This will alleviate the terrorist threats to us and save NYC money to be used during this difficult recession.

i has been reported that Eric Holder's U.S. Justice Dept.
has employed at least eight lawyers who have defended the islamo-fascist saboteurs legally.

what an obama liberal/democrat government that about 53% of the U.S. electorate voted for in 2008 ?

Unfortunately he'll be put into solitary confinement.. safely away from the Aryan Brotherhood and other White Supremacists locked up who would love to shank this man to death..

The white supremacists are terrorists themselves, AND they are united by hate with ALL hate groups - INCLUSIVE of Muslim extremists.

Those of the radical right (the likes of McVeigh and now Stack) also align themselves with white supremacists.

BTW Anonymous if the Aryan Brotherhood are so gungho for some serious butt-kicking of terrorists - they can get their pathetic sorry behinds OUT of jail and INTO the war zone.

Now instead of 72 virgins, you'll be doing Bubba for eternity.

Or "Tyrone" will be doing him!

ONE WORD FOR THAT PIECE OF VERMON:) EXECUTION!!!!!!