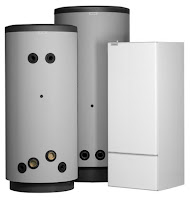 An FDNY Fire Prevention inspector was arrested yesterday for falsely claiming he inspected the boilers of 17 Queens homes, officials said.

Robert Stewart, 40, was charged with 38 counts of falsifying records after investigators determined that he simply sat in his car and filled out inspection certificates for the buildings on 154th and 162nd Sts. in Whitestone.

Stewart, who lives in Queens, was suspended without pay, FDNY officials said.

The FDNY will reinspect the boilers in question, officials said.
Posted by Queens Crapper at 1:10 AM

georgetheatheist said...
This comment has been removed by the author.
Saturday, February 27, 2010

Here is how the boilers will be tested in Bloomberg's New York: If they explode, taking out half a block in the process, then they fail. Otherwise everything is fine.

Don't forget, you take the money, but you also take the ax in your neck when it hits the fan and threatens blowback on your superiors.

They were more than likely ILLEGAL BOARDING HOUSE!!! and is the Inspector a friend of THE GOLDEN A** HOLE JOHN LUI? Just asking:)

And the FDNY wants landlords to go to prison for murder when there own people are shirking there work. NICE...

I don't believe laziness, but bribes were at work. All landlords are not savages, in fact, most are decent people trying to piece together a living in one of the most thankless of jobs, but some are real devils and will make their money over a pile of bodies.

Is this the same Robert Stewart that stole thousands of dollars from the NYC Dept.of Education. Where he worked as a school custodian engineer

the inspector was Acquitted of all charges