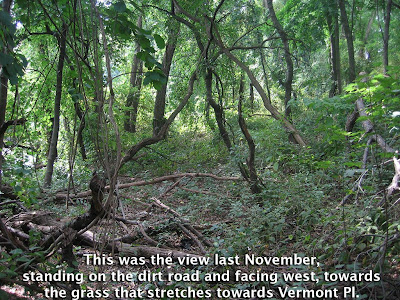 ...a significant amount of vegetation - seedling, vines, saplings, wildflowers, grasses, etc., has been removed from an area adjacent to the reservoir running path. 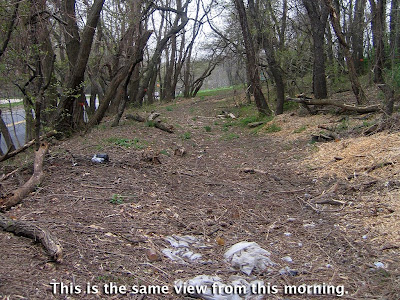 During September of last year we posted photos of several dozen trees around the reservoir's perimeter (and, subsequently, some inside) that had been marked with pink spray paint. We were assured by the park's administrator, Debbie Kuha, and Queens Commissioner Lewandowski, that the marks were merely surveyor's marks and that the trees were not going to be removed. In fact, many of those trees appear to still be present, unfortunately, as of today the entire understory surrounding the trees in one section has been wiped out.

Don't worry, the trees are probably next.
Posted by Queens Crapper at 8:33 AM

These thuggish liars (Commissar, Benepe, Lewandowski, Kuha) are far too arrogant to take directions from those who actually pay all the bills.

It's time to involve the Feds, the courts, and/or the US Attorney to stop these louts.

How about a RICO suit?