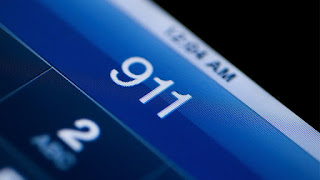 Civic and local leaders are trying to figure out how the city chooses clients for its homeless shelters, and why so many people with a history of mental or psychiatric conditions are dumped in the shelter system, rather than being placed in facilities where they can obtain proper care and supervision.

Case in point: a homeless shelter for 200 women located at the former Verve Hotel at 40-03 29th St. in the Dutch Kills section of Long Island City.

Just released statistics show that there are currently 180 women living in the shelter. Fifty of those women are employed and close to living on their own, while 110 to 120 women have a history of psychiatric problems.

At a meeting last week attended by representatives of shelter operator Acacia Network and community leaders, police officials reported that officers at the 114th Precinct had responded to another 291 emergency (911) calls between June 1 and September 18, each involving shelter clients. The calls ranged from felony counts and drug possession to lesser counts of harassment and resisting arrest.

“Do the math,” Dutch Kills Civic Association President George Stamatiades said. “Officers at the 114th Precinct have responded to the shelter 641 times since it opened in October 2015. Throw that number at people who complain that police response is slow.”

The fact that cops were called to the shelter 291 times in just over three months, is in itself, startling.

“But when you add to that the fact that the same officers responded to 350 similar 911 calls involving shelter residents between November 2015 and February 2016, you have to question what’s going on there,” Stamatiades said.

“Many of the calls were placed by people inside the shelter – counselors and security guards who had problems with women who became combative,” a law enforcement source said. “They called 911 when situations got out of control, or when they posed some kind of imminent danger to others.”

“A number of the calls from the shelter were ‘aided’ requests for an ambulance or medical assistance for residents,” the source said. “There were a number of calls involving disputes and other conditions that required police intervention.”

People living near the shelter made 911 calls when they spotted shelter clients exposing themselves for cash to motorists, and to remove clients who were using basement laundry rooms to have sex with “customers.”

The Patel family owns this hotel and Acacia Network runs the homeless program. Now I believe it is clear why Maspeth is fighting a shelter in their neighborhood so vehemently.
Posted by Queens Crapper at 6:41 AM

No shit, Sherlock!
You'd better join your Maspeth brothers and sisters in this fight.
Sit on your ass, in denial, and you will find a shelter popping up in your own "sacred" nabe.
And you think that will never happen?
Huh? Wake up, you fools!

People people,tired of Dumblasio turning NYC into ghettostan? don't just wait until next year year, do something this year, remember this clown was Hillary's campaign manager in 2000, stick it to the democraps this year and vote Trump

Wow!!!
The cops were called to this women's shelter 641 times is less than one year.
The 104th precinct is already slow in response times to 911 calls. Can you imagine how slow they'll be if the Maspeth shelter is allowed to open?

Such unruly and thankless people.

They put anyone in these shelters. Mentally ill and sex offenders along with all the others. One big warehousing outfit. Sure the bad apples make it worse for the others.
Sure response time will be slow and the increase in crime and quality of life issues will be seen. The First Lady of NYC said they should live in nice and safe neighborhoods. Remark seen on her twitter page.
Why don't they respect the community they shelter in? Is it because they are moved from shelter to shelter? No place to call home.

Aren't the 911 calls publicly available?
Where can we see the list?

We need to relentlessly call the weekly show with the Mayor and ask him about this. It is a fact that many of the people in the shelters have mental and/or drug issues that need to be dealt with. Simply housing them in hotels does not address these problems and makes it worse for everyone--- the people without drug/mental problems that have to live with them, and the residential communities that now find these people among them. It is completely disingenuous for the Mayor to ignore this reality and make it seem like protestors are just NIMBYs. He should be required to spend time visiting these shelters and neighborhoods before deciding anything about them. Better yet, ride the J/Z train line from end to end and see what happens when the mentally ill/drug addicts get on the loose.

Is this the upzone upzone George that brought displacement of his community in favor of development, and lauded the hotels when they first came in?

Is this the library trustee George that was so difficult that even the borough president refused to reappoint him on the community board - after he was thrown off the library board.

Is this the same community 'leader' that wasted taxpayers money to move the Dutch Kills millstones to the library after calling them 'rocks' and was supported by all the elected officials that are also responsible for the homeless shelters?

Now THERE is a good spokesman for the community - and perhaps exhibit A of why we are in trouble in Queens with no credible media coverage or spokespeople in many of our communities.

Is this what Court Square Civic wants? Cause this is in your future.

Previous poster: calm down, George used to own the Western Queens Gazette.

We now have the internet.

Sheltering the homeless is no longer a policing issue. The cops have to waste their time at this shelter thereby jeopardizing their protection of you, the law-abiding civilized citizenry? The issue is now a military one. Time to build humane and healthy resettlement CAMPS as was successfully done for 110,000 people in California by Roosevelt in WW II.

Indeed, perhaps shut down the prison (as was recently called for) on Rikers island and house the homeless there - then rename it honorifically Homeless Haven.

Time for a bleeding heart liberal vidio,maybe take the women to a museum or nail salon Mr mayor

Put Quonset Huts on North Brother Island and ship them all there.

WHY THE FUCK IS CUOMO KEEPING SILENT ON THIS !! HE ATTACKS DIBLASIO ON EVERYTHING ELSE HE DOES WRONG, WHY NOT THE HOMELESS SHELTER PROBLEM !!

You can ascribe permanent blame and punishment onto this latest debacle on the Cuomo dynasty, when deinstitutionalization took place throughout the late 1970s and 1980s, to present day ruin.

Mentally ill patients were thrown into the streets when all NYS psychiatric facilities closed their doors to save money, that ended up costing taxpayers' even more money and higher taxes. Then, the mentally ill were locked up in the jail system, that served as a revolving door for serial offenders, all of whom were treated like criminals and derelicts instead of seriously mentally ill patients.

“Hey Gov., look how much money I’m saving!” But it’s harder to understand how Cuomo doesn’t recognize the impact on people with serious mental illness, public safety, and how measures and efforts to save OMH money are actually costing the criminal justice system and the state much more.

This latest round of displacement is just an extension of public apathy and neglect that took root in yet another social ill that is foisted upon communities that are at the mercy of more of the same taxation without representation, and the public be damned!

It's always best to punch back twice as hard when government leadership fails, and the only way to punch back with heft is through activism, protest, rally and resistance--the only effective way to halt unwanted facilities that blight stable neighborhoods for the worse.

No one talks about the aging developmentally disabled who are homeless or those with Traumatic Brain Injury- TBI. Unless some one with a developmental disability (okay retarded) was diagnosed as retarded when they were a child, they often do not receive services or the government benefits that they are entitled to. Well meaning family members would hide the medical facts to project their son or daughter. I don't think that schools were testing and identifying students with these disabilities until the late 1980's. There's a large percentage of the homeless population who are retarded or have TBI and are subjected to predatory drug addicts and criminals in shelters and on the streets. Throw into the mix, a drug addicted/alcoholic mother/father/family and the chances of this person's survival diminishes. Adult Protective Services, the City agency that is supposed to help this population does not. It's staffed by well, city employees, I don't call them workers. Often they are immigrants with very bad attitudes and open hostility towards Americans.
I call them Poverty Pimps. There are over 60,000 people employed by NYC HRA-welfare. You would think that work force that homelessness could be eradicated. No, just the opposite. Poverty, homelessness, illness and food insecurity are their job security. Steven Banks is the king of the Poverty Pimps. so what does that make DeBlasio?

Cuomo has his own ideas for the homeless. https://www.governor.ny.gov/news/new-york-state-launches-phase-one-unprecedented-104-billion-homelessness-action-plan

"Put Quonset Huts on North Brother Island and ship them all there."

I agree with George, except for the WWII camps.
Let's here from some Japanese-Americans regarding that, please.

cuomo's friends are also in the shelter business

>The RFP is the first phase of the $2.6 billion plan to develop 6,000 units of
supportive housing over the next five years.

That's almost a half a million dollars per unit! You could buy a house in Queens for that money! Doesn't anyone look at this and see that??

>Addressing inadequate shelter housing in New York City by providing to the City of New York more than 500 beds in underused state and state-licensed facilities for the homeless.

Time and time again when the homeless who live on the streets are asked why they don't go to a shelter they say they are not safe.That says it all.

Anonymous said...
WHY THE FUCK IS CUOMO KEEPING SILENT ON THIS !! HE ATTACKS DIBLASIO ON EVERYTHING ELSE HE DOES WRONG, WHY NOT THE HOMELESS SHELTER PROBLEM !!

The Answer: Cuomo never criticizes anyone (remember the Moreland Commission), much less DeBlazio when he's involved. He knows better, especially when they can respond with credible evidence of Cuomo's involvement..