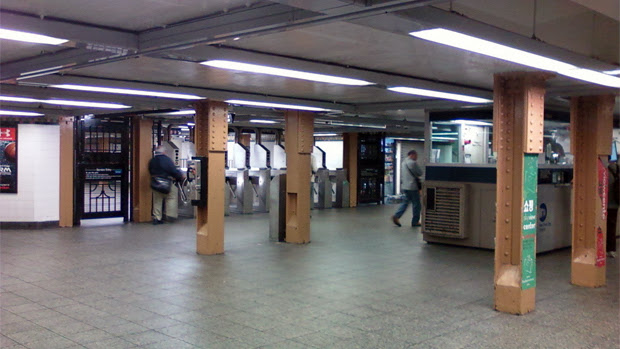 The Metropolitan Transportation Authority said its pilot program to reduce trash in the subway system is working and it will remove refuse cans at an additional 29 stations.

The agency launched the program in October 2011 in an effort to reduce the subway rodent population and the amount of refuse pick-up in the stations.

The agency first removed trash bins at the Main Street station on the No. 7 line in Queens and the other in Greenwich Village at Broadway and Eighth Street.

The MTA expanded the program a year later, making eight more stations – two each in the Bronx, Manhattan, Brooklyn and Queens — trash can free.

The MTA said it has resulted in a 66 percent reduction in the number of bags collected.

The expansion calls for the removal of refuse cans in 29 stations along the J and M lines.

Perhaps they may want to replace the trash cans with commodes to prevent the following: 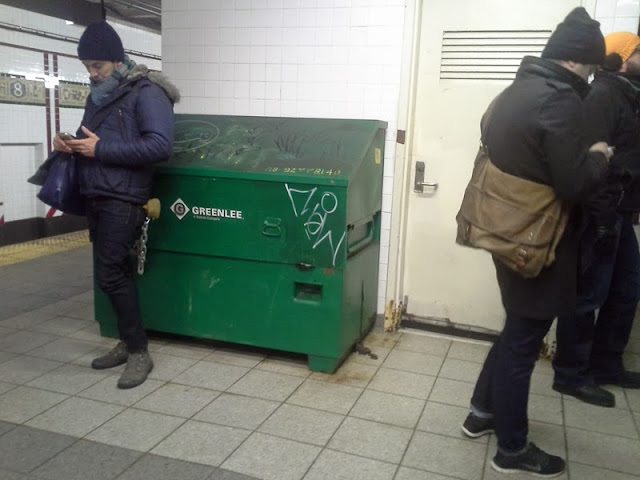 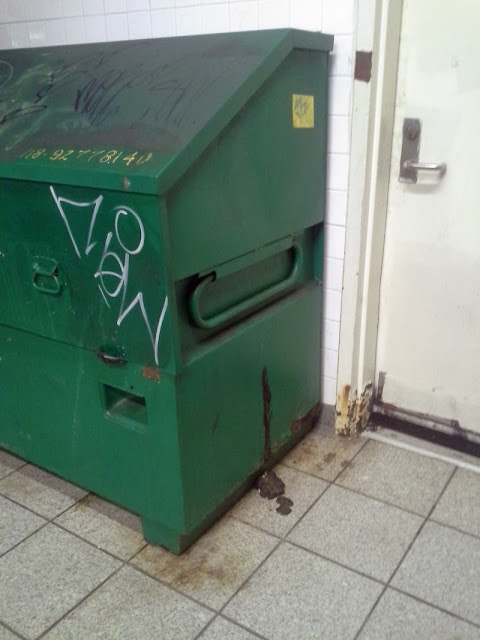 And speaking of poop, one street in LIC is just FULL of it. 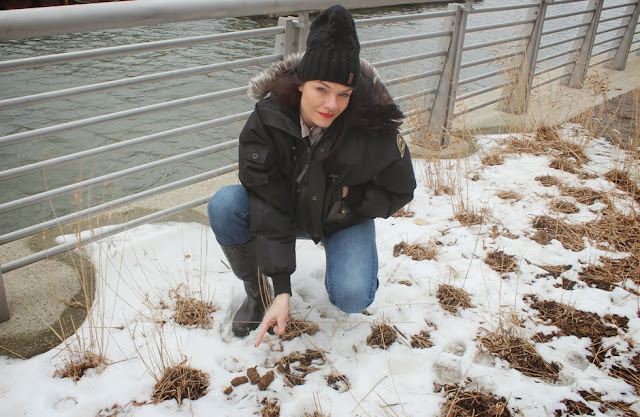 Meanwhile, Astoria wants more trash pickups. (And there's a doozy of a photo at that link as well.)
Posted by Queens Crapper at 12:29 AM

Well, there's always the tracks to toss ones trash.

That paragon of urban planning, Mr Upzone Stamatiades of Dutch Kills Hotels and #2 guy at Community Board one and planner of Queens Plaza and Queens Library trustee (pause for breath) is also the head honcho at CALDC which is responsible for Steinway Street etc.

They gets lots of money from many sources.

They show movies in Astoria park and spent $100,000 for a duplex basement office space.

Now look at the shopping districts.

Crappy, is it really necessary to show all of this crap?

66% reduction in bags collected?whats the estimate on garbage found on the platforms and on the tracks?

are the rats moving the garbage like when the forest animals dressed snow white?

The tracks still look terrible. The six train tracks are full of trash! The f train on 6 3rd street isn't too bad. ..but I also haven't really looked at the train tracks in Jamaica too much lately. There was a baby diaper hanging on the "n" line at qb plaza for the longest time, it took the mta 3 months to pick that baby diaper up off the tracks!

Damn, every area in Queens is starting to look like Jamaica. The big difference we are not paying as high a price for property or rents as these other places, hell that would make me even more pissed.

I do think that not having trash cans in subway station deters some trash and forces people to toss it in a can above ground, but some of it is going onto the tracks.

Bu that would not work in Jamaica, we have trash cans and shit still goes on the ground.

Joe,
Get ready for a tsunami wave of trash to hit the streets when this plan goes into effect. MTA-- More Trouble Ahead.

MTA is gradually doing this cause they don't want someone throwing something real nasty in one of those cans.

Gradual cause they want no public outcry and to change the public's habit.

I for one, with no trash can, will toss my coffee cup on the floor.

Don't know about LIC, but Forest Hills / Rego Park has more dog poop than you can shake a stick at. And when the dog owner is confronted, on the rare occassion they're busted, they get all beligerent.

They don't call it Queens Crap for nothing. LOL

Thanks for the swell pictures of poop, Crappy.

I once saw the larges pile of human feces EVER on the platform of the 49th and 7th Ave R station. It still haunts my dreams.

they always blame all the poop on dogs, when half the time or more it is human.

That pretty girl next to dogsh*t is terrible !!

Like Ed Koch said the stupid voters have to be punished