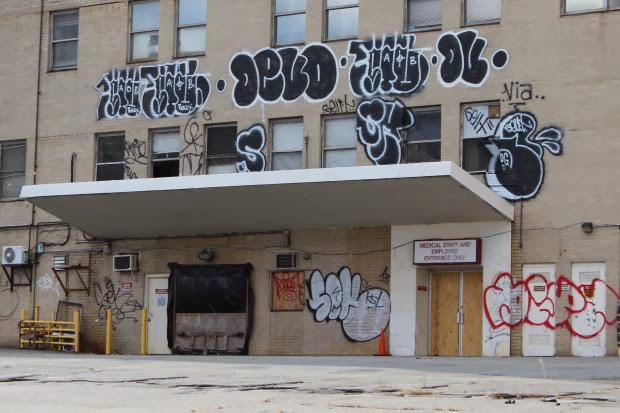 Since Parkway Hospital closed nearly six years ago, it has fallen into a state of disrepair, with boarded up windows on the ground floor and walls tagged with graffiti.

Last June, it was supposed to be auctioned off through Queens Supreme Court, but the listing was removed shortly before the property was set to go under the gavel.

And there appears to be no end in sight for the woes of the dilapidated building, which has sat vacant since closing in November 2008.

Koslowitz said she has been trying to contact the owners for months, but was not able to reach them.

According to the Department of Finance, the 70,000-square-foot property, built in 1963, belongs to Parkway Hospital Associates. It has an outstanding lien of nearly $15 million, according to published reports and filed for bankruptcy in 2005.

After learning that the hospital was to be closed in 2008, the owners sued various state agencies in state and federal court, alleging that it was not given a chance to be heard prior to the revocation of its operating certificate. The status of the lawsuits was not immediately clear.

The last work permits were filed in 2009, data provided by the Department of Buildings indicate.

(St. John's and Mary Immaculate Hospitals are also empty and in shoddy shape.)
Posted by Queens Crapper at 12:01 AM

How about contacting the major hotel chains? Perhaps Marriott would be interested. The location is ideal!

Where is the 112th with removal of this blight?

If I(or anyone else) apply for the affordable care act,will there be any hospitals left if I get injured or ill.
NY is #4 in the nation of most overcrowded ER's,this will make our shot to #1 easier.

It's a good thing this Huang guy is starting to be more familiar to us.I wonder where else this real estate predator has properties on.

This is such a sad site. Too many hospitals are closing but yet our population is increasing. ...Our ers are too overcrowded and the hospitals these days are pushing people out of inpatient beds because they don't have enough space. Well i guess that's what you can expect when you live in a welfare state where too many people are on medicaid or medicare. This city is really bad.....

Police are not responsible for graffiti removal. Only dealing with the perps.

Katz is on it. Relax.

This blight would not be tolerated in Manhattan. Our local electeds need to push for something that would benefit the community.

I'm sure the new mayor thinks this is art-- probably done by friends of his kids. So all is good, right?

This is in Forest Hills? Disgraceful!