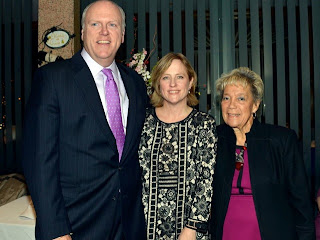 For City Council, the party is expected to back attorney Paul Vallone, the brother of Councilman Peter Vallone Jr., despite a sometimes turbulent history with that family. Paul Vallone is running in a multi-candidate race to replace indicted Republican Councilman Daniel Halloran.

The endorsement of Ms. Quinn, of Manhattan, had been expected, though the decision to pass over Comptroller John Liu, a native of Flushing, is sure to be unpopular with some party regulars. Mr. Liu's campaign has been hampered by the recent convictions of a former fundraiser and treasurer in "straw donor" schemes. Ms. Quinn has long had a strong relationship with party leadership.

Perhaps most surprising is the expected endorsement of Ms. Katz, a former Queens councilwoman. As of last week, Queens insiders still believed that former Councilman Leroy Comrie had a decent chance of winning the nod for Queens borough president in part because of party leadership's desire to have an African-American on its slate. Mr. Comrie, however, has struggled badly to fundraise, and Ms. Katz was seen as the most viable candidate to take on Peter Vallone Jr., another strong candidate in the race, who does not have a close relationship with party leadership.

The expected endorsement of Ms. Katz also raises the prospect that several other candidates in the race, including Mr. Comrie and former deputy borough president Barry Grodenchik, could drop out. Representatives of those campaigns did not immediately return requests for comment.

So County is endorsing a woman who is shacking up with a rabid Republican and another one that is a clone of Bloomberg? More proof that Democrats and Republicans in this borough are really the same animal.
Posted by Queens Crapper at 12:16 AM

No more woman Boro presidents! They are horrible representatives of this Boro. We need Vallone or Comrie...please.

I think some regulars are going to be more then pissed they didnt put up one of their own for mayor! A Long Islander???

Who the hell is Reshma Saujani? And where did she come from??

Oh I get it now. Reshma Saujani is cute, comes from an "Indian" Family. Started an outfit called "Girls Who Code" and is facebook friends with Erica Ford. A well known South Queens Anti-police "Activist" And Closet racist. Yup that qualifies Reshma for public advocate alright...

If the black and hispanic Dems don't overthow Crowley now, they never will.....

How "NICE"!
Equal opportunity for mediocre and crooked women!

Did the developers' whore, Katz, offer "lip service" to Crowley for the Dem's endorsement?

After accepting Curtis Sliwa, that should be an easy one for Melinda.


Honestly cannot think of a single thing this man has accomplished in office, or why we should respect someone who has had a major hand in keeping Queens backward while he shields his family from his policies in Virginia.

It just speaks volumes about us ....

This will be the final chapter of the SS Queens Titanic.

Both Comrie and Katz suck and were Quinn's followers. Both are wrong, they want Comrie bc he is black and the other wants Katz bc she is part of the Quinn party machine. The hell with these corrupt stupid endorsement. Vote on the ISSUES. And Avella is right on the issues and sometimes so is Vallone. Vote on MERIT. and AVella wins on MERIT not color or "political insiders"

Oh yeah and Saujani was a hedge fund manager, but she'd like for you not to know that.... Now that I think of it that alone should qualify her for public advocate...

....he a socio-patheic liar, who's a rabid republican; she a homewrecker !!
accused of stealing money from a special needs child. how low can you get ?

I repost part of an earlier blog for more clarity !

check out Sleezwa's testimony at the gotti trial.

he falsified police reports, lied to the media, staged crimes that didn't take place in order to promote his goon squad, ...and on, and on.
makes for interesting reading.
Nothing more than a fraud, a carnival barker, and a publicity monger.

Now there's a team you really want near a public office

True enough about Katz, but look at the others in the pack - LeRoy, Barry, Peter Junior.

So vote for Avella. He's your best choice!

Katz and Sliwa sound like a "sleazy" pair. She will not get my vote.

Avella will get my vote.

Katz will suddenly become Orthodox again, mark my word. She gets "filled with the spirit" every time she runs for something.