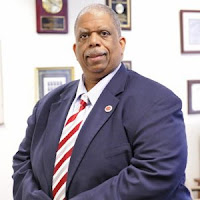 The Queens County Democratic Party is expected to endorse Councilman Leroy Comrie for borough president next week, according to four sources plugged into various sides of the race.

The sources–some of whom were disappointed in the decision–told Politicker that Congressman Joe Crowley, the head of the borough’s Democratic organization, will probably endorse Mr. Comrie to balance his leadership position in one of the most demographically diverse counties in the country.

“Crowley has a lot pressure, he’s got to deal with African-American district leaders who want him,” said one Queens Democrat familiar with the decision-making process. “It is what it is.”

“It’s about 80 percent they’re going with Leroy,” another Democratic source said. “The black district leaders are strongly behind Leroy. And Joe needs to protect his leadership.”

You can read about the candidates' sources of fundraising here.

In the meantime, let's see what a constituent thinks of Mr. Comrie's effectiveness as a leader...

From Clean Up Jamaica:

This is an excerpt from the Queens Chronicle:

“City Councilman Leroy Comrie (D-St. Albans) is taking action in response to complaints from Jamaica residents, led by activist Pamela Hazel, that a handful of eyesores is ruining the quality of life in their neighborhood.

Last week, Comrie sent his community liaison, Jamal Wilkerson, to investigate the locations, which include a dilapidated old playground near the corner of 171st Street and 109th Avenue, a parcel full of wrecked cars next to the home at 170-08 108 Ave. and a pile of debris between the C-Town supermarket at 108-30 Merrick Blvd. and JHS 8. There were also concerns about crushed cars left on 108th Avenue, which is a residential street.

The lawmaker plans to reach out to the owner of C-Town to find out why garbage is piling up near the location. He also vows to be vigilant in continuing to monitoring the conditions of all the troublesome areas.”

Sounds great for Jamaica right……………………………………………WRONG, this article was written October 21, 2010, over two and half years ago and it is not only a handful of eyesores (the only handful is clean areas devoid of trash). Today, we are still dealing with the same issues, (and more) including the troubled spots mentioned in the article, especially the abandoned playground at 171st St/109th Ave. Over two and half years and the garbage problem in Jamaica (and many other parts of Queens) still rages on. If “monitoring the conditions of all the troublesome areas” means looking at them and doing NOTHING, then Councilman Comrie is sticking to his vows.

Sounds like the perfect nominee for Borough President. Continue the apathy.
Posted by Queens Crapper at 12:23 AM

Translation: Honest Joe Crowley wants Vallone as the next beep.

A deal is cut. The only question is what is being traded - which will come to the surface in the sweet by n by.

Congressman Joe Crowley, the head of the Queens Democratic Party who has attended the campaign kickoffs of several of Mr. Vallone’s rivals, effusively extolled Mr. Vallone...

They would have to widen the hallways and doorways at Boro Hall if Comrie comes in. Reinforce some of the floorboards as well.

“The black district leaders are strongly behind Leroy. And Joe needs to protect his leadership.”

The black leadership in SE Queens, with its recent turmoil has its own problems - Crowley need not worry about them.

Pardon me while I puke.

"Carry me back to 'ol Virginny".

Yeah and ask those black district leaders if they approve of Leroy Comrie's wife, MARCIA MOXAM COMRIE, being a Contributing Editor and columnist for the Press Of Southeast Queens, her name prominently displayed on its masthead. You know folks that Michael Nussbaum-sister paper of the Queens Tribune which makes its money off of exploitation of women in its classified prostitution ads.

York College President, Marcia Keizs: do you know that one of your faculty members MARCIA MOXAM COMRIE, the wife of NYC Councilman Leroy Comrie and candidate for Queens Borough President is affiliated with the exploitation of women in the nefarious prostitution trade? Do others of your faculty know this? Does the York College student body know this?

Not once did Leroy Comrie's wife, Marcia Moxam Comrie, ever address in her column her role in the promotion of prostitution in her publications' classified ads. Her silence was and is deafening. And now her husband wants to be Borough President of Queens.

Leroy and Marcia Comrie: champions of the oppressed. Favorites of the black district leaders.


Oh, don't worry about that one - you will certainly get another ethnic group this time.

Crowley knows that the Vallones carry a lot of negative baggage - people outside of Vallonia don't trust them - and for good reason.

But he cannot back Vallone and his deep pocket 'cement lobby' openly - that would create a negative reaction from NE Queens where the Vallones now have their attention.

By backing someone weak like Comrie, Crowley both lulls everyone to sleep with his real intentions, and devotes money that could help someone like, say Katz (with her baggage far less toxic than the Vallones).

So what will happen is that no one will be organized enough to stand in the way of the Vallone juggernaut.

If you think the previous 3 beeps were bad, 'you ain't seen nothing yet.'

Crowley could gain access to the Vallone donor base and the Vallones will not interfer with Crowley's rule as they litter the borough's landscape with stipmines extracting every bit of wealth from our communities as is humanly possible.

Final point: With Vallone controlling the community boards what we have seen is a 'walk in the park' compared to what lurks in our future.

They found their Fall Guy

Why not Barry G? As far as we know, he's scandal-free.

Just what we need, someone strong and athletic able to go that extra mile for their constituents.....effective ...etc.

Which begs the question on defining 'constituents' and being 'effective' at what?

I'd rather throw a judgeship at some of the others and wish they go away....

Skip the election and sign up at Weight Watchers instead.

They built a special chair for the big framed President Taft...to be able to support his weight...without giving way under him.

Comrie will heed a crane to hoist him in his seat, should he win....which he won't.

If Leroy ever broke wind...he'd blow out borough hall!
Well now....that's a thought. It's one way to clean it up

Now I know why Petey didn't look happy late Thursday afternoon driving that Cadillac with the "22nd City Council district" plates northbound on the Clearview service road - moved into the left lane right in front of me without signaling, which wasn't very smart for Mr. Public Safety.

We need someone young and energetic. Strong enough to run that extra mile for their constituents.

Chris Christie seemed pretty energetic before, during, and after Hurricane Sandy. Why not support or oppose Comrie based on his politics rather than his weight.

Because he's fatter than Christie.

Damn folks, you really get nasty about Comrie's weight. Yes, he is not my favorite elected official, but he has done some good for Jamaica, especially concerning the arts and he is also one of the few officials who are not corrupt, plus he is a decent guy.

By the way I talked to Mr. Comrie at an event last night and he has certainly drop a good bit of pounds from the photo that is posted.

Joe, if he were such a decent guy why doesn't his wife stop writing for Tribco (publishers of the Tribune and Press of Southeast Queens)? You know that organization that publishes classified whore ads? Which exploit women. Next time you are at an event with him, why dont you ask him?