Is Van Bramer the most honest man in politics? 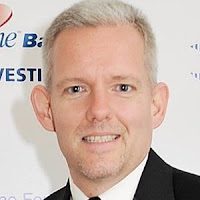 Mike Wolfert, who’s developing a massive indoor rock-climbing center in Queens, allegedly asked Van Bramer (D-Sunnyside) to pull strings for him after he was slapped with a stop-work order for doing construction work without a permit.

But rather than accept Wolfert’s e-mail offer of “unconditional support” — including access to his company’s Facebook friends and free use of his facility for political events — Van Bramer blew the whistle, prompting a rapid-fire sting operation by the Department of Investigation that nabbed Wolfert within weeks, sources said.

“We’re grateful that, at a time when some people are succumbing to corruption, this was reported to DOI,” DOI Commissioner Rose Gill Hearn said.

Have no fear. Although he won't take bribes, he still supports bad building projects because County tells him to.
Posted by Queens Crapper at 12:33 AM

No, He's not. Doesn't even approach being "Honest"

I agree....Jimmy follows the orders of county.

So Van Bramer bitch slapped a businessman for a bald faced outreach to him for his support on a (relatively speaking) petty thievery issue.

I wouldn't exactly call that honestly serving his constituents.

Encouraging people to live next to a polluted noisy trainyard?

Encouraging people to live next to a sewage filled East River and Newtown Creek superfund site?

Encouraging community based cultural groups to close while showering big institutions with money to burn.

Refusing a few thou in chump change is does not make him a respectable person in anyone's book.

i do like him bc he closeness with Quinn is turning me off. Quinn didn't even endorse him in 2009 so why is he defending her?? she is corrupt.