Borough Hall is falling apart...but Helen's got other priorities 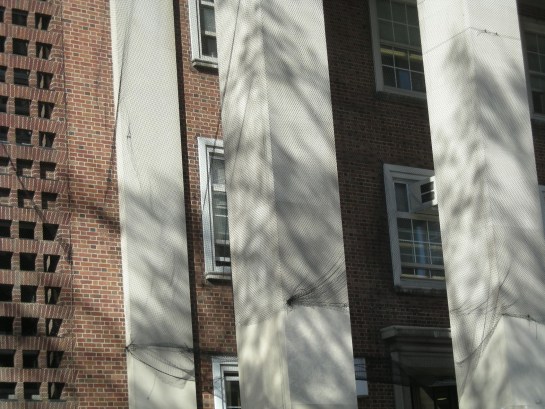 Helen Marshall is not only incompetent to hold office but is as run down and decrepted as Queen Borough Hall. On a recent visit, I found the front facade of the building falling down, hence all of the black netting around it. 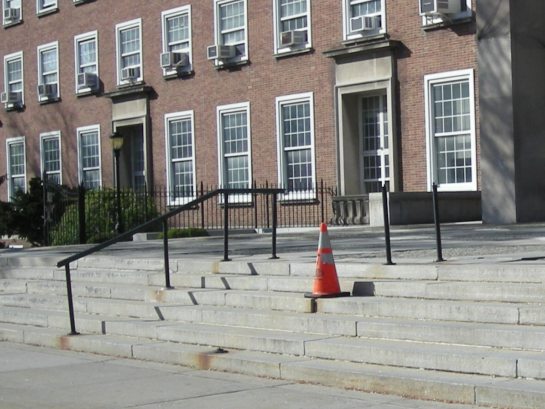 The handrails up the front steps, well what handrails, they seem to be missing and missing for what looks to be a long time.

The flag pole has not been painted in what looks like years but that has not stopped the "Queen" from ﻿spending millions of dollars for an atrium in back of the building that she decided to build as a legacy project which killed dozens of trees.

So in a nutshell, you, our elected leaders do not seem to really give a sh*t and the only time you tend to speak on an issue is when the media comes out to do a story and then your anuses begin to pucker up and you spill out bullsh*t on camera.

At least Donald Manes knew how to run a crooked game with style.
I always appreciated him as a skillful card shark.

It's a good thing that Helen Marshall is leaving soon.
Staffers might have to wake up Ms. Rip Van Winkle on moving day.

Maybe many of you Queens' voters also need a good wake up call.

That netting is actually up to keep the birds away - it is useless as protection against falling materials.

Visit Taste of New York tomorrow at ShitiField. She will be there.

This says it all about Queens - the respect that its leadership has for the borough, and the pathetic ground down state of its people.

As far as the other borughs are concerned, Queens is increasingly like some batty crazy aunt that the rest of the family indulges with platitudes (diverse! vibrant!) but they keep locked in a room while they go about their bright futures.

An anti bird net? Why?

Meanwhile you voters are the burros, for electing such crooks to hold public office.

No, fool, the black netting is for her hair