Throwing money down the drain 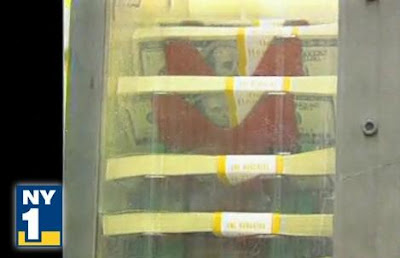 Among the mistakes auditors discovered was nearly $3 million in overpayments, including payments for services such as tooth cleaning for toothless patients.

Another audit found the state Department of Health spent $28 million on Medicaid payments for residents of other states.
Posted by Queens Crapper at 1:33 AM

Why should they care? It isn't their money but ours down the crapper.

Even if you have no teeth, the gums do need to be sanitized.

I guess they may be on to me. Do you think they'll report my visits to the gynecologist?

Medicaid should look into typical scam of disabled people in wheelchairs. While they are approved for 24 hours home health aides, rarely do the patients have the aides with them for the entire time the aide is being paid by Medicaid.

The patient gets a money kick back from the aides for letting them leave hours early, leaving them alone at night and not traveling or going with them to their jobs. Yet the patient signs that the home health aide has worked hours when the truth is they don't.

There was a woman in a wheel chair at the election site I worked this year . She could not pick up anything or really do much. Yet when asked if she had a home health aide, she answered yes, but I don't want them following me around. Instead demands were made on other workers to do her job for her, pick things up, put her coat on and hand her things that she could not get for herself.

Sounds mean? the problem was that we were not being paid by Medicaid to perform these tasks, the home health aide was.

I wondered what would be the result of she were injured, what then? would we be accused of harming her while we were working for free while the home health aide was sitting down watching tv?
Or what if I were injured in assisting the Medicaid patient in the wheelchair?

What I have witnessed in other cases is that the home health aides make over $36,000 per year with health benefits, 2 weeks paid vacation, paid days off and yet they whine and complain.They are being paid for 24 hours yet only work about 4 hours, the rest of the time sit on their asses watching tv or talking on cell phones. One home health aide would not go in public with her patient and would not go to the store for her at all.

On top of it, the patient makes over $50, 000 a year at a job she doesn't do much at but talk on the phone to her friends. All of her medical supplies are paid by medicaid, wheelchairs, personal chair supplies, adult diapers, wipes, chuks, all paid by the US government. This woman has trust funds and owns an apartment!

this is draining Medicaid. There really should be more careful oversight of the home care industry.

I know people who have full time jobs who can't go the doctor or dentist in a medical emergency.