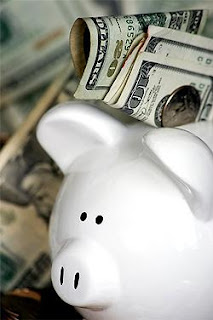 Prospective full-time teachers are scrambling to get into the current state pension tier before a reform measure designed to save New York taxpayers billions of dollars takes effect New Year's Day.

The change adopted earlier this month means new hires will receive less generous retirement benefits than teachers vested under the current pension plan -- unless they followed the teachers' union guide to lock into the richer plan.

Teachers joining after Jan. 1 will have to pay 3.5 percent of their salary toward their pension for as long as they work. Currently employed teachers pay 3 percent for the first 10 years of service, then pay nothing.

As of Tuesday, 3,198 workers had joined the pension system this month under the more generous tier -- about three times the number who joined a year ago, according to data from the state Teachers Retirement System.
Posted by Queens Crapper at 1:06 AM

Q: When aren't teachers scrambling to get better pensions?

A: When they are scrambling to get better pay.

Bloomberg is really gonna stick it to new teachers even more than he sticking it to old teachers. Why anyone signs up to teach in NYC is beyond me. It's better to clean toilets.

Bleed the cow dry before it croaks.

I hear the public school teachers have a veerrry good deal. Tell me it ain't so, joe

it is obvious that the n.y.c. d.o.e. teachers old pension system is to expensive to maintain any longer.

why are former n.y.c.students who graduated from public schools,not able to pass college english and math exams?
their high school teachers should be investigated and reprimanded. so others are not passed uneducated.

Former NYC students are not graduating or need remediation in college because of the new programs that have swept this city as well as others who think progressive education(whole language and fuzzy math) was the way to go. These programs' premise is that students "construct" their own knowledge and are often left on their own or with a reading partner. Teachers role is more of a facilitator rather than a teacher. Phonics, grammar have gone out the window as have memorization, drilling of facts. Those are seen as oppressive and stifling of creativity.
You want to look at why NYC schools are not doing well, just research Everyday Mathematics and Columbia University's Teacher's College Reading & Writing Project -2 of the WORST "curriculums" that could have ever been implemented in our schools. Because these programs were so lacking, the DOE felt the need to invest in massive test prep which would have been unnecessary had they selected the correct programs - research-based, proven programs.
Klein has surrounded himself with these progressive educators and basically decided to ignore the advice of senior teachers and professors who say these programs will ultimately hurt the poor, mostly minority student(who have limited resources and foundation from home).

I LOVE YOU! LOL

I completely agree with you. I graduated this summer from NYU's Steinhardt school in secondary social studies education. You should have seen the shit nyu was trying to feed me. I decided to go there because of the accelerated program (masters in 16 months) and.. WHAT A MISTAKE (even though every other education program is similar when it comes to pedagogy). After student teaching I decided to actually not become a teacher! The liberal program at nyu focused completely on "inclusion" and "mixing" the high skilled students with the low skilled students (silly liberal ideology about making peace and including students from every aspect of life into a harmonious room of spectacular learning). I believe these programs of the teacher becoming the facilitator and having the student become the "teacher" has been (in social studies the jargon is having the student become the "historian," right, as if a 16 year old who the reading level of a 6th grader who is on their sidekick can just become a 'historian.') geared for teachers who are new to the urban education. As many bloggers on "queenscrap" know... my politics resides in the left of left spectrum.. bloody red marxism (lol). The only common ground i find with many conservatives is a return to the textbook and 'traditional' forms of education. I fought on a daily basis at nyu with the progressive teachers and the progressive hipsters wanting to make a change in a "black boys life."

OMG.... and nyu told us not to use the textbook but focus on busy work... i.e. HANDOUTS! Stifling creativity... leaving it only to fill in the box... what a shame! Mixing the high skill and low skill students = consensus of majority - the teacher focuses on the majority (low skilled) students while neglecting and harnessing the brilliance of the higher skilled students.

Yes, homogeneous classes are a no-no in the world of progressive(constructive) education. They believe kids should all be seen as the same. But the fact of the matter is kids are NOT the same. And what ends up happening is that the teacher often has to teach to the middle and ignores the bright kids and is too overwhelmed to deal with the slow kids. Through this "construct your own knowledge" philosophy, bright kids learn nothing and slow kids rely so heavily on the brighter students that they are the ones who ultimately pay the price when it's time to take a test when they are on their own.
You've probably been exposed to the workshop model which also goes hand in hand with progressive education. In the workshop model(which is used citywide) teachers must not "lecture" more than 10 minutes(aka the mini-lesson), then kids are off on their own to work with their reading and/or math partner to that sad, sad world of self-discovery. Dumb and dumber I like to call them.
What we have now are a generation of illiterates. It's turned me off so much so that I'm thinking of leaving the system. Unfortunately. some districts in Long Island have bought into this crap as well. It really depends, the more involved the parents are the more progressive education will not see the light of day in any given district. Unfortunately for me and teachers and students of NYC, not enough parents know or even care to get involved. So it's very easy to experiment on our kids when they know no one will stand up for them and demand proven, research-based curriculums.
I say bring back the old textbooks, phonics, grammar traditional forms of teaching. They WORKED and people like Joel Klein should stop listening to what the latest trend is in education and find out from people in the trenches what actually works.

Hey my friend became a special ed teacher and when she told me she had to wipe these 10-year old kids' asses after they dumped in their pants, I was like you've got to be kidding me. What are kids like that even doing in school? What are they going to do with the info they are given? Do they even understand it?

the taxpayers are getting screwed by the U.F.T. and
U.S.dept.of education.

Bravo to primadonna and Salvatore for exposing the truths about our education system! I've experienced the same issues myself from an academic supportive role in IT. My friends carp about the same issues. Formal Educators themselves. They are very frustrated. Personally, I could no longer participate or lend my talents to such corruption and voluntarily removed myself from their ilk. A tough decision that needed to be made, but don't regret.

Salvatore, there's hope for you yet. Once you've slowly deprogramed, you'll find yourself leaning right. Look at it as a reeducation of basic human principles. Doesn't necessarily have to be of a religious kind. The first step is understanding you've been hoodwinked.

Call it what you want; humanism, progressivism, socialism, communism, etc. It's all the same ancient ideology (narcissism). Its current American revitalization happened with the advent of the '60s where it started to entrench in academia.

Look for some of David Horowitz's work, a former radical leftist from the '60s turned righty. He has championed, with some success, to bring back educational integrity to the higher learning institutions.

Dr.Hurwitz was named "the principled principal" by the L.I.C. high school community, when he disobeyed
the Central board of education around 1975 .the parents surrounded the school so that the commies
could not remove him.

he went on to write a queens county column in the Ridgewood times," INSIDE EDUCATION. "

If the DOE wants to reduce pension benefits for new hires, then they should raise teacher salaries, if they expect to get a qualified work force.