Carrozza may be faced with challengers 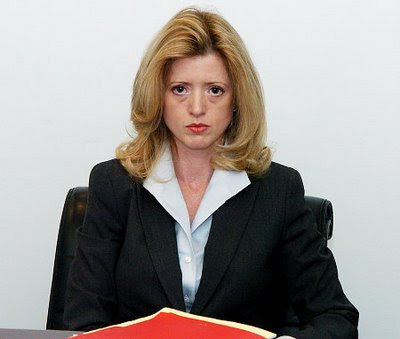 ...rumors are swirling that some within the party would prefer to see Carrozza take a pass on a re-election bid. Already, a number of potential challengers are lining up to take on the scandal-scarred incumbent.

Democrat Steve Behar, who recently finished a distant fourth in a six-person Democratic primary to replace Council Member Tony Avella, said he is strongly considering running for the Assembly seat whether Carrozza stays in the race or not.

Behar, an attorney, is not closely associated with the Queens Democratic Party and would have few qualms about running a primary against an establishment-backed incumbent.

Meanwhile, political insiders on both sides of the aisle believe that if Carrozza does not run, Michael Sais, the chief of staff for Assembly Member Michael Gianaris, is lined up as the county party’s pick to the replace her. Sais has also worked as a lobbyist for the Parkside Group, the consulting firm typically used by Queens Democratic Party candidates.

Also, Matthew Silverstein, president of the New York State Young Democrats, said that if Carrozza chooses not to run for re-election, he will definitely run for the seat.

Tabone, an attorney who has worked in both the Giuliani and Bloomberg administrations, said he would also decide whether to run sometime early next year.

Photo from the Daily News
Posted by Queens Crapper at 1:43 AM

Could she look any less friendly, caring or compassionate than she does in this photo. It captures her true personality

That photographer got the money shot. An effective photo-journalist technique.

Political gaming in NYC is a non issue. Voters can't seem to look past the "D" word when they vote. We've always been behind the national swing curve. As the rest of the nation swings toward the R side in 2010, NY, as usual, will need another election or two to swing with the national sentiment. Maybe we're just hard headed.

In the general, I'd vote for anyone who actually lives in the district, isn't an incumbent, is fairly bright and articulate and who prmises to minimize his or her outside activities.

Finally! Its about time we had a chance to get someone who actually lives in the district and who might spend more time working for their constituants instead of getting clients for their elderlaw practice.

But watch and see if the Democratic machine doesnt protect her they are going to stick us with ANOTHER Parkside hack. Silverstein or Tabone would be far better choices.

Carrozza is a joke - like most in the Assembly Majority. They all do absolutely nothing. Honestly, all the attacks against Carrozza could be used said for almost every member of Shelly Silver's puppet-show in Albany. Not one person with a spine to fight for their constituents.

I'm not sure who most of the competitors are at this point, but with the area already covered by a few Republicans, it seems time for NE Queens residents to keep the wins for the GOP coming.

Padavan, Halloran and, I guess, Mr. Tabone, who seems to have more experience in Government than anyone planning to get into the race...

Vince, you don't have to keep posting under different names. We assumed you were excited, but don't ruin your first meaningful google alert in a while. This is like giving yourself a nickname.

Its good to see Queens GOP really getting its act together and putting forward a candidate who has a real chance of winning instead of just a sacrificial lamb. With Halloran in the council and Padavan in the Senate, they are showing they can win races.

Tabone is not universally loved but he has a lot of experience, should be able to raise some serious money and seems to be well respected by the new state GOP leadership. He got Halloran elected in spite of all that mudslinging so he definitely knows what it takes to win a race.

Thats also GOP Chairman Ragusa's home district where Republicans have a solid base so they should throw some real resources at it. I just hope we can take back some Senate seats this year.

Finally, Carrozza is getting what she deserves -- a strong opponent. Vince Tabone is a real community leader, and as a bonus, he actually lives in Queens!

It's not that Vinny is "not universally loved" it's that he's universally mistrusted and hated that will be his problem.

The Queens GOP would love it if Republicans were coalescing around Mr. Tabone, and they'd like everyone to think that, but there are at least 3 other Republicans in the hunt, plus a few surprises coming down the pike.

I thought the Haggertys were taking credit for getting Halloran elected? So which is it?

STOP! You're both wrong. It really was me. Really!

meh, the haggertys try to take credit for almost everything. didnt halloran run his campaign out of the county offices for most of the campaign? they promised everyone they had all the votes to kick ragusa out this year too. they make the same claim every 2 years and a lot of people in the middle get nada while they keep getting rich from lobbying contracts. i doubt anyone still believes their claims at this point.

If that were true it would be great! They are all Berkley type liberals & socialists who only make things wors IMHO.

Look what Democrats did in Washington DC today.
What den of tweed lovin MotherF_ers
I'm gonna PAY + get taxed up the wazoo yet going to the doctor or WORSE hospital will be like Queens DMV run battlefield triage.

Tweed loving criminal all of them.

I just received North Hempsteads Christmas card.
$12,085
(property and school tax bill)
I can no longer live of CD interest and rents from Ridgewood and this is going to get worse under Obama.

wait Joe, you're whining cause you can't live without working? What a crying shame. Tabone makes and interesting candidate. As does Behar; but he pissed off a lot of people running against Jerry and Vallone. We'll see how willing the democratic party is to forgive an upstart, or to move away from parkside (who handed them an expensive and embarrassing defeat of Iannecce)

Whatever. Carrozzive's got to go!