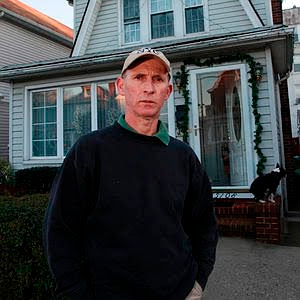 It's New York's nastiest neighbor -- a Queens business that has made 1,030 calls to a city complaint hotline since September and sparked a sweeping inspection blitz against innocent homeowners.

The company made the flurry of 311 calls from three different phones, claiming on each occasion that the homeowners were illegally converting their basements into apartments, city sources said.

An army of city inspectors descended upon the middle-class neighborhoods in Flushing, Whitestone and other areas of northeast Queens, only to find that most complaints were completely bogus.

In some cases, inspectors discovered penny-ante violations that left furious residents with fines to pay or repair bills in the thousands of dollars.

City officials would not reveal the identity of the caller, but the city Department of Buildings is now investigating the calls.

Many angry residents and elected officials believe the "whistleblower" is a sleazy building-industry firm trying to drum up business by filing false complaints and then swooping in to fix them.
Posted by Queens Crapper at 1:21 AM

This reminds me of a story years ago where the contractor that was hired by the city to install the glass "stalls" (partitions - whatever) at the bus stops was going around at night breaking the glass so they would be called for the repair job!

I'm anxious to see who this is that's making all the complaints!

And all the legitimate complaints are being left unaddressed. This reminds me of a friend who was selling a Long Island home.

An engineer made my friend a low-ball offer which he refused. The next thing he knew someone from a regulator was checking his property for oil contamination from a leaky fuel tank.

This was the only property in the area not so afflicted because it had been remediated 20 years earlier. Lots of soil testing due to spitework.

Maybe having 311 or the DOB not accept anonymous complaints would put a dent in crap like this.

People need to take responsibility for their actions.

The dicey part about not accepting anonymous complaints is that some people may legitimately fear political retaliation from connected people and may fail to call about life-threatening circumstances.

A better idea would be to spread the culprit's name all over the neighborhood and resolve to boycott his business.

Can you give a real world example of political retribution in this context? Not trying to be argumentative, just trying to understand the means.

A phone number isn't protection of anonymity. This guy will be caught because of it.

But I do understand and condone the tool of shame.

Say you are the head of an organization that gets government grants. You call in a complaint on a house on your block. The house happens to be owned by a good friend of the local councilperson.

Your group can kiss its money goodbye next cycle.

I will give you a better example of retribution. The corrupt landlord who nearly burned me and several other tenants to death attempted to use mental health services to paint at least 3 tenants in his building as crazy lunatics.

False calls to Adult Services, False calls to the Police, Physically menacing tenants, cutting off their phone service, cutting off their heat, their cooking gas, stealing their mail, sealing radios playing loud music in the apartment next door and then having workers leave for the day, changing locks on mail, locks on doors, bringing celings down on heads, menancing enough for you or would you like to experience this firsthand?

And convicted felons like Tommy Huang get away with egregious violations.

It pays to be on city officials' pads!

I live in Glendale and my entire block was reported 2 years ago for illegal converted basements. It was sad because all the neighbors were pointing fingers at eachother. I can't wait to find out the identity of the "sleazy company".