"Bottoms Up" went bottoms up 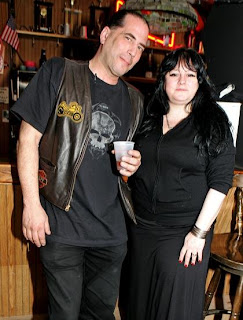 Bottoms Up, the “Rock Palace of Queens,” as proprietors Lisa “Tazz” Shelton of College Point, Charles Priola of Astoria and Paul “Vogue” Kenigsberg of Fresh Meadows, dubbed it, was a $750,000 labor of love that quickly turned into a nightmare.

They were on the way to creating a stellar music venue in the heart of Queens when they ran into problems getting a liquor license, which set off a series of setbacks that led to its premature shuttering.

“Everything that could go wrong did go wrong,” Kenigsberg said. A large neon Bottoms Up sign they ordered even arrived without bulbs.

The entrepreneurs said they poured their life savings and then some — borrowing large sums of money and maxing out their and their friends’ credit cards — into outfitting the 20,000-square-foot space above Parts Authority at 126-02 Northern Blvd. with a $50,000 sound system, $11,000 carpets and more only to be locked out months later by U.S. marshals and lose it all.

The trio signed a lease on the space in January 2006, and in February instructed a liquor license expediter to apply for a license. In June they finished construction and began to host dry shows since they still had no liquor license.

The expediter had not yet submitted their application when they went to him that month, they said, causing them to waste tens of thousands of dollars on rent, utilities and other payments while he dithered until finally submitting it in July.

The Parts Authority could not be reached for comment.

Despite the hard knocks, the hard rocking goes on. Shelton plans to open a new bar and restaurant called Seventh Gear soon in Astoria.

Two questions for these geniuses:

1) Did Parts Authority mention to you that they're leaving soon? You know, this Willets Point thing has been in the news for quite some time...

2) How can you open a new bar and restaurant in Astoria if you're broke?
Posted by Queens Crapper at 1:50 AM

There are independent music venues all over the country that make plenty off $$$ without selling booze. Since the people who buy most the concert tickets, swag and CDs are kids under 21.
1-Who are they going to book without going through Ron Delsner ?
Todays Ratt, Angel, Great White, scraps looking for a stay-over because a tourbus driver wont cook his hours logbook ?

I do feel bad for them but it was a BAD idea on several counts. The metal theme kind of tells where they were going.
Look at them then check out some of there adds for that joint.

2- How many aging 80s headbangers now with family's, mortgages and day jobs are willing to hangout in Willets Point waiting till 2 AM for a headliner with 1 or ZERO original members to go on ?

The 70's - 80's Max's, CBGB, Grand County Casino Lamore east, Hammerheadz days are over.
Reckless use of hairspray, spandex, make-up, goofy stage moves.
80s hair-metal bands were jokes to start with.
(I was in one of them BTW)
Lousy inept overconfident idiots.
I cant think of one band worth remembering let alone pay $$ to see!

I hope these people get some of there gear out of there $$ however not paying rent its gonna get auctioned.

Every rock-metal music club in the city went bottom up due to rents, DWI laws and Bloombergs hostile billsh*t.
They would have sunk WITH a liquor license.

You have to sell food, Lotto and have a local 'walking" client base just to stay afloat in NYC these days.

Much of the modestly successful venues in Queens to see bands were old but large bars in the past. They were normally located in areas that were in western Queens, even Northern & Main St. But in those days 18 was the drinking age and drinks were the cheap variety - door admission was free to $2-$5.

Today you need to put on shows that really attract crowds in order to pay rents that run 10s of thousands. How does a club like this, do it consistently every week? Resturants cannot do this how can a club do it?

No kidding ...I am a DJ and Bars here on queens blvd right next to a subway are empty, because the dumb azzz bar owners are too cheap/stupid to light up the bar, pay someone to hand out $2 beer coupons at the subway stop during rush hours. It' simply amazing that hundreds a day walk right by your club and wont stop in.

big bummer. so much great music from queens - armstrong, ramones, run dmc, nas, KISS' first show. we need to bring some music back to these parts.

Wharever happened to the Inwood East in Sunnyside on Queens Boulevard? Johnny Jays under the El in Astoria? The Tip Top Club on Northern Blvd. in Flushing?

Never heard of it...there is sidetracks 46st and Laqueva has Spanish bands at 39th st.

Large bars in the past---in western Queens,
--------------------------------
Hell yea, Northern & Main, Northern & 164th those were the days!
Jimmy Burns, Poets, Shamus's Pub, Club 84, The Fields in Woodside.
I used to see KISS sound check on Queens Blvd evenings when I got out of aviation high school. I remain friends with one of the original guys today.
The large rock clubs and discos all got killed when Mario Cuomo raised the drinking age to 21.
The Discos fell on the spot
Clubs hung on for perhaps a year booking any band for door $$ (letting regular customers in for free) 4-5 bands per evening. The worst rented sound systems

Bring the Music back?
It never really left; it’s the people and culture that are gone.
People now sit on there ass watching scripted TV contest shows. Most of this crap and people that produce it were brought over from England.
American Idol my ass!
The owners of the show own all the music publishing those casted extras sing on the nation wide TV network. Wait till they get hold of Michael Jackson’s catalogs that contain The Beatles, Motown etc.
These fake shows are nothing more then f-ing TV commercials!!!!
People are entertained by this?

Back to topic:
I won’t play bars; all the owners are cheap and as stupid as they come. One thing is a given: No matter what happens they will bitch about not making enough money

These days we play wineries and private parties. You get fed, paid well and don’t get treated like a dog. Done by 10PM
The only exception is 1 restaurant like pub where I live during winter.
I know the owner and 1/2 the town

BTW:
Did shows with LA Guns, Twisted and RATT way back in the Hollywood days and never seen or heard of the guy in the photo.
Hes not on the bands websight as ever a member

Idiots. That's not in the heart of Queens. Also It's not easy for bands to get there.
Losers.

Sorry but you are White Americans. We like the diverse culture, so vibrant! Bhangara, hip hop, I hate whitey rap and of course salsa music.

when will you Americans learn that expediters in Queens are all from Guyana and are going to rip you off?

First off, There are MANY facts NOT mentioned in this article.
1) They Did know about the Iron Triangle development there. When they asked the landlord about it he said NO, this building won't be part of the development.
2)Only 1 of the 3 Partners of Bottoms Up! is Potentially opening up another bar in Astoria with 2 other people.
3)The guy in the picture is Paul Vogue one of the owners of Bottoms Up! NO WHERE did the article mention the guy in the picture was from L.A.Guns?!?!?!
4) Bottoms Up! did have a kitchen (and a hell of a big one) with Lotto as well, for when the thousands of people going to and from Shea Stadium during Met Games.
5) Bottoms Up! didn't ONLY have metal bands booked, but also Wayne Newton, David Cassidy, National Comedy acts, etc...
6) Hey IDIOT! No Bands or ANYBODY ever complained about it being hard to get to for the 12 shows that they had. For the L.A.Guns show there were people from ALL over the Tri-state area and out of state that found the place with NO problem.

Bottoms Up was not just for music its located right across the street from Shea! It was a 1000 cap Sports Bar with full kitchen for Mets fans too when there was games at Shea! When there were no games it was a live music venue that booked all types of National Tours not just LA GUNS! But of course not even half the facts we gave them when they contacted us to find out what happened made it in that artical! BTW we did have it in our lease that if we had to move do to the plans for that area anytime with-in the next 10yrs than 100% of our start up cost would be paid back to us! I really cant believe how much crap people say about things that they have no ideal about! Why didnt anyone even ask a real question? I bet Ive done more things in the past 10 years with opening business like this than you guys have in your hole lives! Don't judge us like that... that story was printed to make sure that people hear that "Red Tape B.S." in business does exist and the person with the most money wins! Would you pay your landlord $17,500 a month for how ever long it would take for you to be able to over turn what damage that his tenent before you did? No Way!!! I have had 3 very long years to try and put my life back together and now I am going to open another location. When we fall we must get back up, brush ourselves off and try again! Bottoms up was my 3rd Bar and my first one I owned for 8 years and only sold it to open a bigger location. I am truly looking forward to my new place's grand opening, its going to do very well!
Tazz

I wonder if the other two owner's know that any possible money made was snorted and smoked. Most of the liquor was slurped up by their fellow owner that just stabbed people in the back left and right. Karma is a bitch Tazz! Bottom's up you cow.