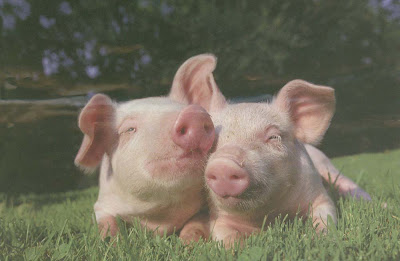 The City Council unanimously passed a rezoning plan yesterday that limits the spread of high-rise buildings along 51 blocks on the Upper West Side, an area that officials say has undergone a significant increase in development.

The plan is intended to preserve the physical character of the community.

Council Approves Plan to Limit High-Rises on Upper West Side

The plan was prompted by the construction of 37- and 31-story condominium towers along Broadway near 99th Street by the Extell Development Company, said Councilwoman Melinda R. Katz, a Queens Democrat and chairwoman of the Council’s Land Use Committee.

“That basically galvanized the community to make sure” the area wasn’t overrun by large-scale development, she said.

Meanwhile, Katz couldn't care less that part of her own district hasn't been downzoned, even after waiting years longer than this Manhattan rezoning. Shows you where her term-limited priorities are.

Do you guys ever have anything nice to say about her?

Who runs this site anyway??

Could this be an extremely rare early photo
of Melinda Katz canoodling with Hevesi?

Or is it a run of the mill paparazzi
clandestine snap of her getting porked by developers ?

When there's something nice to say about Katz, it'll be said.

Gee, I wonder if any of the Queens newspapers mention this?

Sanchez and Vicky and Gary ?!?!

A public thank you. Queens Crapper, your blog is excellent. It is both funny and sad... and a great public service. thanks for keeping it going.

She pushed for upzoning of LIC and Jamaica and wants to preserve the character of the Upper West Side. What a fucking hypocrite. Shows you that money talks.

Interesting list, Crapper. Clearly, Melinda's in bed with the Mattones.

Melinda eats in Manhattan and shits on Queens.

I await hearing about this at my next community board meeting in Queens.

I also hope to win the lotto.

But I WILL hear a lot about how great developers are. No wonder communities in Queens make poor choices.

They only get part of the picture. Funny how everyone has decided that its in their interest to keep that so.

Those pigs are too cute and innocent to be the people you say they are.

What is a picture of CB1 doing on a piece about the West Side?

Remember how she was sucking up to Soho with 'controlled' development, while in her home district is 'anything goes.'

no more bacon for me.

As soon as the photo appeared, I knew the one on the left (where else?) was Melinda-san.

Did anyone ever hear a pig squeal out the Star Spangled Banner?

It will make you stand at attention.

reporting on politicians and real estate in Queens media.

Hey, the Trib delivers 'in-kind' services by all those breathless real estate ads and those glassy eyed 'reporting' of the politicians.

There are many ways to con-Trib to the cause, eh?