A diverse coalition of more than 80 advocacy groups and nonprofit organizations is asking the next generation of city leaders to imagine what it would take to install 500 more miles of bike lanes, 1,000 miles of year-round open streets, and one block of car-free streets in front of every public school in New York City.

On Monday, the group Transportation Alternatives issued a challenge it calls “NYC 25x25.” The advocacy group is asking the next mayor, city council and borough presidents to commit to converting 25% of streets currently used by vehicles into other purposes, by 2025.

“This is a watershed moment for New York City,” Danny Harris, executive director of Transportation Alternatives, told Gothamist/WNYC. “We need to look at this intersection of COVID, of racial injustice, economic inequities, and ask some serious questions about the future of our city and our budget and we need a new crop of leaders who are willing to look at streets as an asset, instead of a liability.” 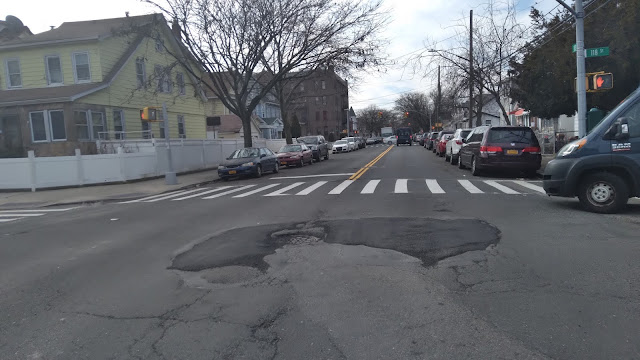 The proposals come at a time when the number of candidates running for mayor remains sprawling, and few have distinguished themselves on transportation issues. The debate over how to use street space has intensified during the pandemic after what many consider a successful run of open streets during the pandemic and a boom in cycling, but also a recent uptick in traffic deaths.

Other suggestions from the coalition include adding 19.4 million square feet of bike parking, designated locations on every block long enough for taxis to drop off passengers and for trucks to make deliveries without blocking streets or bike lanes.

The latest proposals have the backing of disparate groups in the city from the tech industry nonprofit Tech:NYC, to the New York Building Congress, and the Institute for Public Architecture.

“Lack of quality transportation options makes it difficult for many of the people in the low-income communities of color we serve to access resources, such as employment, education, good food, and health care, that are needed to be healthy and financially stable,” Tracey Capers, executive vice president and chief program officer at the Bedford Stuyvesant Restoration Corporation, wrote in a statement. Her group works with Citibike to get more bike shares into Bedford-Stuyvesant, Brooklyn.

“Likewise, we support the re-allocation of our public spaces, including the creation of more car-free bus lanes and protected bike lanes, to better serve the majority of our residents, who don’t own cars,” Capers added.

The 127-year old advocacy group the Municipal Arts Society is another organization that backs the expansion of streets for public use. Tara Kelly, the society’s vice president of policy and programs, told Gothamist/ WNYC that her group came up with the idea of pedestrian islands in the early 1900s, calling them “isles of safety.” She said this is just the next generation of smart thinking about how to use city streets.

“This past year in particular has demonstrated that importance, our access to public space for recreation, for protests, for transportation, for getting a bit of sunshine, stepping out of our apartments,” Kelly said.

This will really make all those who bought cars last year tinkled pink at this proposal. 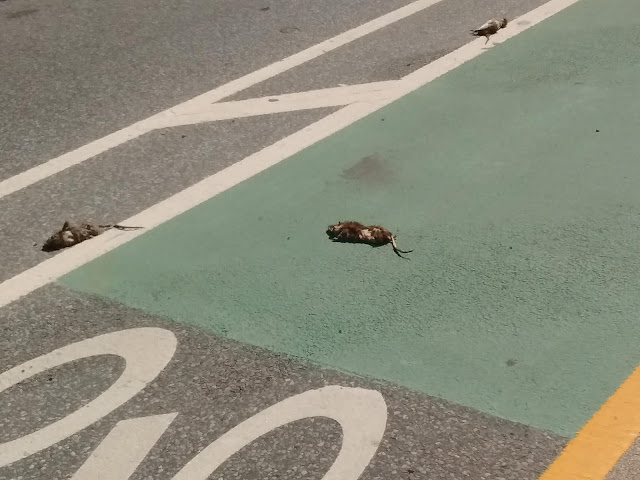 I say remove every car and truck from the city. But what would these idiots do with out their Uber and Lyft rides.
I'm sure these morons will make up the lost revenue for registrations,gas taxes etc with bike registrations. Not to mention mass transit which is subsidized by toll revenue from people that don't even use it.
REMOVE ALL CARS!!!

Lol get rid of the cars. Then who will pay to maintain the precious bike lanes and open streets?

They want 500 more miles of bike lanes but they don't use the hundreds of miles they already have. I haven't seen one bicycle using any of the bike lanes by my house for the past few months. It just takes away from the roadway space for no reason.

Cars are racist say the Wocals !
AOC Wocals might think there is no evidence that Dr. Seuss is a doctor and ​Mel Brooks should be canceled for Blazzing Saddles.

Bicycles are toys for tots

How am I suppose to get my elderly grandparents who walk with canes and sometimes use wheelchairs when they have to travel long distances to use a bicycle to get to their doctor's appointments, physical therapy, and hospitals for treatments.

Tell them sorry grandma, grandpa, a small group of people say cars are illegal in NYC and you must ride a bicycle to get around or you will be ticketed, arrested for breaking their rules?

I thought we lived in a democracy. All people of this city should be notified through the media, newspapers, of what is going on where we live.

Why is Transportative Alternatives always getting away without input from the public. The very same taxpayers who pay for there bicycle lanes on public streets we pay for?

Wake up everyone. Dictatorship is here to stay.

Regular bikes that is.

Now we have the majority bikes, mopeds with batteries and an electric motor, capable of doing 30-40 Mph. No registration, no license plates, no annual inspections, no insurance!

Some scam under the disguise of the "New Green Deal". Green must mean the money, because electricity required by these so called bikes is anything, but green.

Then who will pay to maintain the precious bike lanes and open streets?

Who else agrees that the Dems are doing more harm than good for NYC? Smh...

Who else agrees ? Anyone with a working brain !

Buttigieg of McKinsey fame.
Funny how socialists and communists like other people's money.

When is the State of the Union address?

The only way to stop this madness is to stop TA and the smarmy kids that throw their garbage BS at you. Come on New Yorkers! They are smarmy kids - you going to let them push you around? And most importantly, you know who they are the fronts for.

ID those and go after them! Yes, the politicians who stare at the floor and give you no support while these kids push you around at the bidding of their campaign donors.

Most of those wishing, hoping, praying and advocating for a carless NYC live in Manhattan. I'd like to see them trying to be mobile in Staten Island, Queens, parts of Brooklyn and Bronx without a car.
Oh but I forgot cars are racist and foster gender inequalities among the "deplorables".
Freakin' mindless and selfish twits!

Cars are bad for the average New Yorker but good for the mayor who gets to ride in a big SUV each day to do some squats at the Park Slope gym.I enjoy a bike ride but let's face it,it's just not as practicable as a car to get the family around town. The city could make bike lanes in the street and not remove parking spaces,it's called sharing the road.They want their own lane for a bike but I can count on one hand the amount of bikes I see on them each day. You want to reduce traffic,take away all the cars for hire.