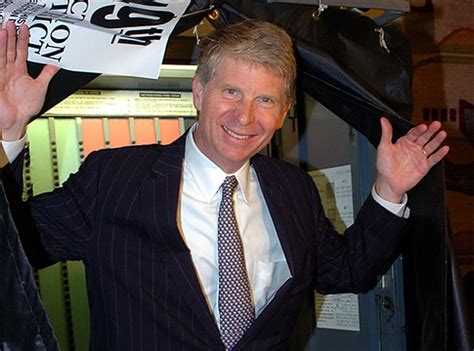 “Representing the People of New York during this pivotal era for our city and our justice system has been the privilege of a lifetime,” said Vance in a statement.

“When I ran for this job in 2009, I said that a District Attorney’s responsibilities should extend beyond obtaining convictions in court, and that a 21st century prosecutor’s mandate is to move our justice system and our community forward.”

The announcement comes just weeks after Vance claimed victory in a bitter court fight over access to Trump’s taxes that made it to the Supreme Court.

His critics say that Vance mostly reserved his gung-ho approach to pursuing criminal cases against Black and Hispanic New Yorkers while taking a more lenient approach for the city’s elite, including his decision not to pursue one of the earliest groping accusations against then powerful movie mogul Harvey Weinstein.

But that victory was partially sullied by the fact that Vance declined to bring charges against Weinstein in 2015 — pre-#MeToo movement — for allegedly groping Italian model Ambra Battilana Gutierrez.

He retiring because he's tired of chasing ghosts.....

Turn the page.
They have nothing on President Trump because there is nothing wrong to find.

Don't let the door hit you in the ass on they way out. No great loss for the people of NY county. Fucking Loser

Crickets here on Queens Crap about the Biden administration failures that will harm Queens.
More than 100,000 were met by border patrol agents at the southern border last month and many will come to NYC. They will spread disease, take up housing, jobs, welfare, school seats ...
And we will pay for it with increased Taxes, Crime, fees, and fines, energy cost.

"You can always judge a man by the quality of his enemies."
— Oscar Wilde

Cyrus Vance leaving is cause for celebration. With all the crime facing NYC today, this libtard robot wastes taxpayer dollars trying to find dirt on Trump. How on earth is that of any possible benefit to NYers' lives? Short answer: it's not. It's just using your position as a cudgel to harass the man. You are such a pile of feces, you are not fit to kiss the sole of Trump's foot. Good riddance!

When white people gather it called riots. When others burn and loot its called protesting. Hypocritical much???