Homeless housing provider busted for falsifying addresses while embezzling $500,000,000 from the city 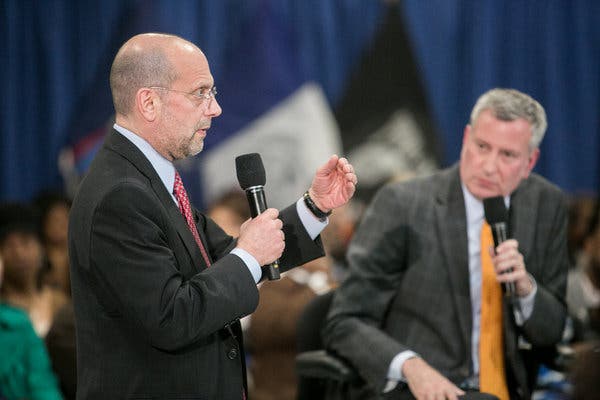 One company was supposedly based in a vacant house in New Jersey. Another company had no office; its address was a post office box inside a shipping store in Nassau County. A third operated out of a Harlem apartment.

The companies were all listed in paperwork as subcontractors for Childrens Community Services, a nonprofit that the city has paid about $500 million since 2017 to provide roughly 1,900 units for homeless people, including families with children.

Authorities believe that the nonprofit defrauded New York City through a network of at least six subcontractors that did not appear to provide the supplies and services listed on invoices, according to a lawsuit the city filed against the nonprofit on Wednesday. The fraud could be millions of dollars, but the lawsuit was not specific.

Two days earlier, federal prosecutors and investigators from the city Department of Investigation executed search warrants at the offices of Childrens Community Services and the addresses of the subcontractors.

Steven Banks, the city commissioner of social services, said the alleged fraud had no direct impact on the homeless served by the nonprofit.

Nonetheless, the city took the unusual step of asking a judge to place Childrens Community Services under receivership, seeking to take over the nonprofit’s operations of 28 shelters, including 25 in commercial hotels.

The city would then seek other nonprofits to run the buildings and continue services. “We’re seeking a remedy that the city has never sought before,” Mr. Banks said.

One of the subcontractors, SASY Enterprises, is owned by Peter Weiser, and appeared to be connected to at least two other subcontractors.

“I have lots of comments about it. My lawyer told me not to speak to anyone,” Mr. Weiser said.

SASY Enterprises, based in Lawrence, N.Y., was supposed to prepare so-called cluster apartments, which are private apartments used as shelters. The agreement between Childrens Community Services and SASY showed that SASY charged a fee for getting the apartments ready, and a 25 percent markup on gas and electric bills as well as on construction materials and furniture.

Joe Biden completely forgets what he’s talking about in excruciating press conference
He's lost his mind!! NO WAY HE'S RUNNING THIS COUNTRY!! HE'S DESTROYING IT AND OUR JOBS

500 million had no direct effect on the HOMELESS
$50 bucks has a direct affect on my wallet you bunch of thieving fucking scumbags,a post office box,an apartment in Harlem and an empty house in NJ,everyone of them should go to jail by the way ? $500 million would have
built Half of Di Blasio Correctional Facility on Queens Blvd.
Yea just right it off,no big loss,sure most of it found it's way to the Demacratic party

That's what I call moxie!!

"One company was supposedly based in a vacant house in New Jersey. Another company had no office; its address was a post office box inside a shipping store in Nassau County. A third operated out of a Harlem apartment." Sounds like a description of the addresses of all the fraudulent Biden mail in ballots.

Nobody saw this coming right? Don't worry DeBozo and Shirlane are on top of all this.
They are making sure you tax dollars are being spent wisely.
How the the fuck are these two idiots not in jail?

CRUCIFY HIM JUST IN TIME FOR EASTER😂

"How the the fuck are these two idiots not in jail?"
Because the Press protects them !

The tribe owns all the politicians. Really.. "Lawrence, NY". OH, Must be the Amish again