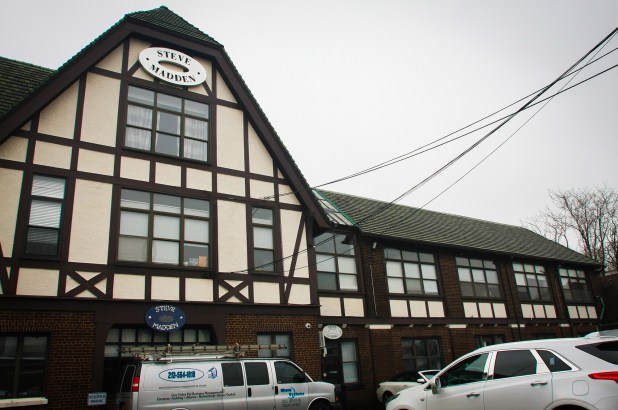 Steve Madden’s shoe company is ready to walk away from its Queens headquarters — and take 400 workers with it — over a proposed affordable-housing development that will step on the company’s parking.

The designer’s eponymous brand uses two buildings on Barnett Avenue in Sunnyside for offices and shoe production and says it relies on a parking lot across the street for employees.

A plan by non-profit developer Phipps Houses calls for rezoning the lot to build a seven-story building with 167 units.

“Without the public parking, Madden would have no feasible way to maintain its Barnett Avenue presence,” Andrew Luskin, a lawyer for the shoe mogul, wrote in a January email to City Councilman Jimmy Van Bramer.

Luskin said the company rents about half of the 223 spaces in the lot and many company employees have been driving to work, rather than using public transit, during the pandemic.

“Madden urges that the neighborhood would have much to lose if the company were compelled to relocate due to the approval of the proposed housing project and conversion of the Project Site from its present use as a public parking facility,” Luskin wrote.

Translation - there goes that unique building.

Does anyone think that Jimmy will do squat?

We need more affordable free housing for people that have no jobs. Keep pushing businesses out of the city. Welcome to the new Detroit.

It's inevitable: The other 'shoe' is about to drop, but not to worry, plebeians. Jaunty Jimmy Van Brainless won't be wearing any leather shoes for much longer, anyway - he'll be donning his new, disposable 'rainbow collection' of plastic flip-flops that are fresh off of the dirt cheap, 'Made in China' assembly line while handing out 'free' EBT cards, as well as many OTHER government sanctioned, taxpayer funded vouchers, chits and perks-for-jobless jerks 'n transients, all of whom are here for the Third World party - compliments of the party-machine-failed democrats, and their staggering allegiance to extreme corporate obedience (while collecting a government paycheck for life). Nothin' ILLEGAL 'bout THAT!