Monserrate keeps on pushing to get on the ballot 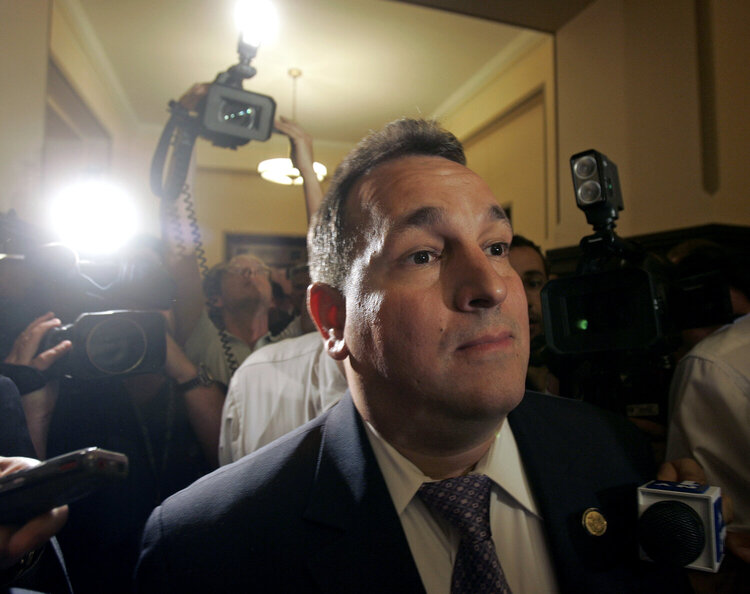 A new law was supposed to keep Hiram Monserrate from running for a Queens council seat. He’s trying to do it anyway.

Monserrate, a former councilmember convicted of misusing public funds, filed petition signatures with the New York City Board of Elections on March 22, less than a month after Mayor Bill de Blasio signed legislation to prohibit ex-lawmakers with corruption records from holding elected office. Monserrate had hoped to unseat incumbent District 21 Councilmember Francisco Moya, who defeated him in 2017.

“I suspect if someone brings a specific challenge against that, he’ll be taken off the ballot,” Graubard said.

Former Assemblymember Ari Espinal, a close ally of Moya, filed an objection to knock Monserrate off the ballot Thursday. She has until March 31 to file a specification, like simply citing the new law.

Graubard said that objection would spare the Board of Elections from removing Monserrate from the ballot on its own. The BOE did not provide a response for this story.

Monserrate was sentenced to two years in federal prison in 2012 after he steered council money to a local nonprofit and used the cash to fund his successful state senate campaign. He was ordered to pay nearly $80,000 in restitution and completed the payments during his failed bid for the Assembly last year.

Give him a second chance.
He can help reimagine the Police !

Hey he's a POC, and a woman beater, perfect candidate.

They say a cockroach could survive a nuclear war. Hiram just proved that theory true.

This guy is Mother Theresa when compared to most the shitheads and communists running. On the woman beater thing. Has anybody seen the temperament & behavior of Columbian woman when they get drunk or set off (usually over some stupid shit) They turn wild animals, completely out of control and WILL stab you.
Who knows what really happened, Id rather this jerk then Liz Crowley, the mayors wife or some Black Lives or ANIFTA supporter looking to completely away with laws, jails and police?

"Black Lives or ANIFTA" Give them a chance.
Could they be any worst than deBozio and wife Chirley ?

Speaking of #STOPTHEHATE Some Questions for you readers.
What race is mostly beating the crap out of elderly Asians ?
Did bail reform cause it ?
Are NYC voters going to remember this coming November ?