NYC is back on top in traffic congestion 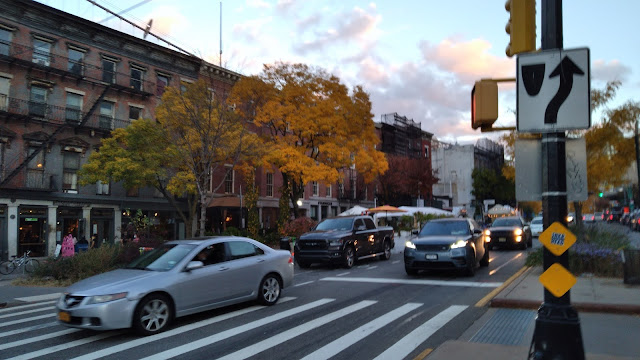 
New York City had the worst traffic congestion in the US in 2020, a jump from the No. 4 rank the previous year, according to a new report.

Big Apple drivers lost 100 hours of time to traffic congestion last year, according to transportation analytics firm INRIX — which is actually a 28 percent drop from 2019.

But other cities saw much larger increases in speed amid the pandemic: In Boston, drivers lost 68 percent fewer hours in 2020 than 2019. In San Francisco congestion dropped 51 percent.

Philadelphia and Chicago came in second and third place in terms of hours lost to congestion, at 94 and 86 respectively. Each saw traffic drop between six and 12 percent more than New York.

INRIX transportation analyst Bob Pishue said New York’s rise to the top of the list surprised him — and was tough to explain.

“New York is its own thing. Everything in New York is unique. Trying to pin this on one factor is really difficult.”

New York City roads also accounted for the second, third and fourth most congested in the country, according to INRIX’s analysis — with the Brooklyn Queens Expressway from I-145 to Tillary Street, the Cross Bronx Expressway west of the Bronx River Parkway, and the BQE between 38th Street and Downtown Brooklyn taking the dubious honors.

Congestion tolls and more bike/bus lanes !
Somehow this is the Orange Mans fault.
I don’t know how but it is.

The bike lobby doesn't care. The bike lobby is backed by groups who also support upzoning NYC and would love to drive people who drive cars away from NYC. There is an impending transit crisis that will happen and no one cares.

They will give you a 120-page report with Executive Summaries and all that.

I will give you two words: Bike Lanes.

The City's solution More police cameras everywhere - but no traffic cops to help get things moving! Cops are too busy playing with their cell phones and going to Dunkin Donuts.

Real meaning = The studies are flat out LIES.

I don't bike, but everyone blaming bike lanes without mentioning other factors is disingenuous. Generally shitty drivers, distracted drivers, sleepy drivers, the insane concept of starting and stopping first shift within the same 2-3 hour range (instead of staggering start and stop times,) questionable safety on subways, truck traffic, some if it 53' trucks which are restricted on paper on most streets but not in practice, and the government's general attitude of 'meh' towards actually prosecuting sober bad drivers results in the mess we have today.