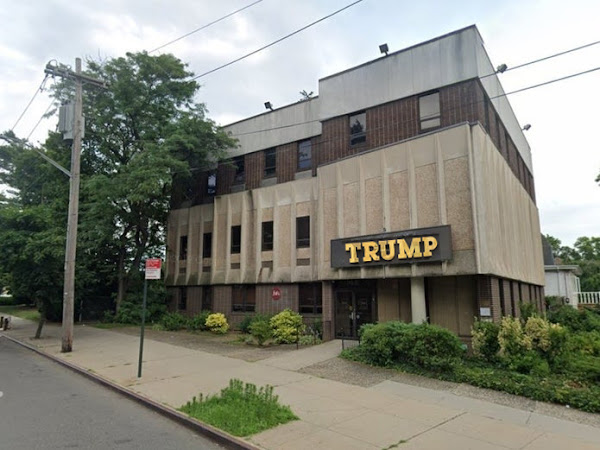 It would be the first homeless shelter in the Northeast Queens district overseen by Community Board 11, according to the NYC Department of Social Services, the umbrella agency for the Department of Homeless Services.

Oh? Well, Samaritan Village has a stellar reputation! (J/K. We know all about them.)

Hey, has anyone looked into who owns this building now? Let's take a look. 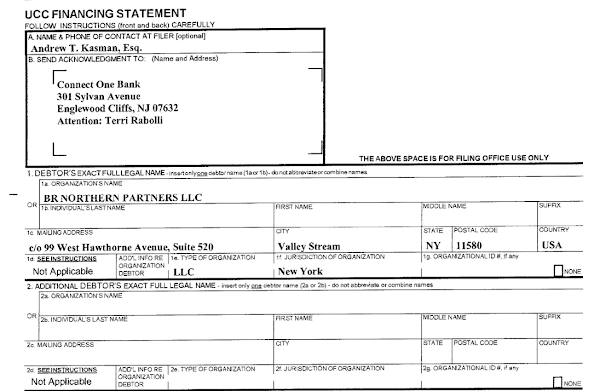 Hmmm...that address...that phone number...those initials... Why, this is LLC is part of the Bayrock Group! And we all know who Bayrock was deeply involved with, yes?

But that's not all! They also own a shelter in Hollis AND the controversial Manhattan shelter. We could keep going (and we will later)...but suffice it to say that they have entered the homeless shelter business head on. Years ago they were eyeballs deep in a development nightmare in Whitestone which got foreclosed on during the financial crisis. 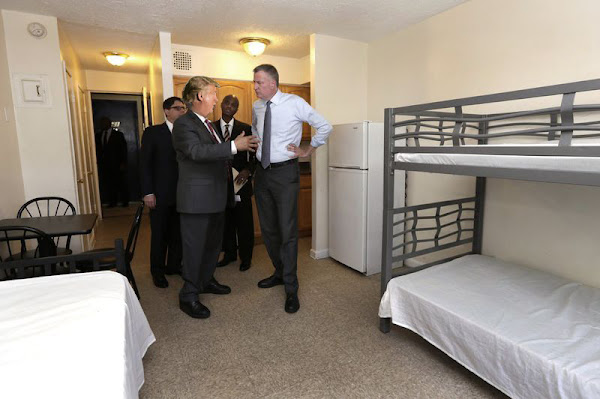 Does ANYONE in the media or government look into this shit or are they too busy navel gazing on Twitter and reflexively painting the people who question these things as bigots?
Posted by Queens Crapper at 6:57 AM

These people really think they're slick.

Just because they hate Trump, doesn't mean they hate the Trump cronies.
Money is good people.

What a disaster--1/2 mile from the Great Neck terrace -Manhasset borders too.
As if the rub joints, whorehouses, adult toy shops weren't bad enough Now Little Neck is totally F_cked.
Shits spreading east like wildfire, the North Hempstead democrats want to put a homeless shelter on the A&S Marcy's parking lot in Manhasset too now. They smell that Bidon funding. Gotta destroy all them low crime, clean, white "racist" neighborhoods ya know.
Glad I sold that Manhasset house when Cuomo killed my parents, aunt & uncle in the covid nursing home and hospitals. That whole N Shore is looking like a combination Flushing Queens and a Iraqi warzone with demolition of all the nice homes.
You need steel tires to drive the streets due to all the nails and home demolition debris falling off trucks in route to landfills.

The shelter is 80 + beds, the community had no in involvement and provided no information other than the shelter is coming to the community because you don’t have a shelter. Shelter is directly next to a con Ed sub station, 15ft from residential homes and a few hundred feet from a grade school. The city is looking to destroy every last decent corner NYC has left.

The city is looking to destroy.

Its not just the city but all the way east to Greenport and East Hampton.
Wanna see some real slums? Go to Springs, Greenport, and the KING of New York slums: Montauk off fort pond where the Irish sold everybody down the river to import and house cheap labor for the childcare, motels, bars and restaurant's.
Working class are dying out or too old to fight.
Our kids don't want to work at all.
All these shit Millennials have been brainwashed by the schools to vote Democratic Socialism (which is just another name for communism)are swinging the votes.
Now add all the Central America and Mexican kids of illegal parents born here with voting rights wanting there family's to be citizens.
Working class Cubans and whites are out simply out-numbered piñatas to be beaten & chewed to the pulp.
In Mexico schools teach "Mexico was Stolen by white people Americans"
I think the country is lost and damaged beyond repair, I gotta get my IRA liquid before they go after it. Too hell with using time energy following politics if you have $$ stashed. I know what's going to happen over the summer when everybody's not paying attention to these stealth commie bastards

Trump still screwing Queens, while he begs for $$$

Diblasio will destroy and has destroyed anything of value in the city of New York. He now has a plan to destroy little neck and Douglaston as he could give a rats ass about. bayrock / Samaritan village and LLCs have found a way to cash grab free money from the city with little oversight. These LLCs are playing
with this incompetent NYC leadership like a cat with a toy.....and the community of little neck Douglaston suffer.

Homeless shelter near a grammar school

Every school needs two speed cameras and one shelter within 1500 feet.

Fake being homeless and live in Douglaston for free.
What a deal !

If State Senator Gianaris gets his way your defunct hotels and commercial properties in your areas will be low income housing. Whatever that means

What next shelters in Douglaston Mannor,I almost bought there,glad I did not now.