Governor Cuomo covered up structural hazards on his daddy's bridge 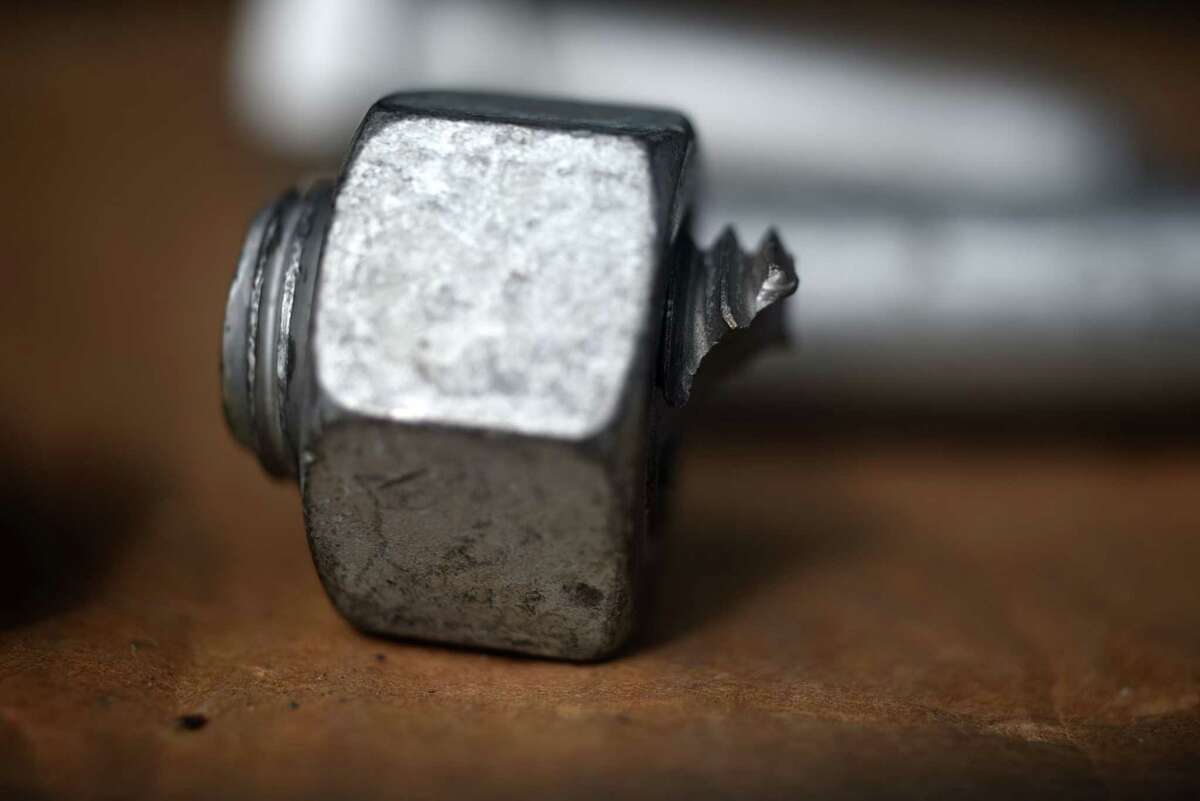 It was January 2016, and Jordan was part of the team constructing the Tappan Zee Bridge replacement at the project’s main assembly site along the Hudson River in the Port of Coeymans, about 100 miles north of the bridge. Construction of the $3.9 billion twin span, which would ultimately be named after Gov. Mario M. Cuomo, had been under way for a little more than two years when Jordan’s injury led to a series of revelations that would call into question the new bridge's structural safety.

It would emerge that dozens of bolts had similarly broken at the port assembly site, an abnormally high number that indicated the potential for a very serious problem. Bolts also had been breaking on the assembled girders loaded onto barges, and even on some pieces already installed at the bridge — including some more than a year after they had been tightened into the plates that hold the girders together.

For structures like bridges and high-rises, experts say even a few broken bolts can weaken the immense splices and result in a catastrophic collapse.

Despite the state’s knowledge of the situation, none of that was on the agenda when the 3.1-mile bridge was dedicated three years ago as Gov. Andrew M. Cuomo ceremoniously drove across it in a 1932 Packard convertible during the formal opening.
Despite concerns from engineering experts that girders could separate and the bridge could collapse without notice, the state’s investigations moved slowly. Also, many workers at the site throughout the multiyear project — some with firsthand knowledge of the extent of the broken bolts — were never interviewed by investigators.
Posted by JQ LLC at 8:00 AM

The cover-up is always bad. I wonder if the supplier of the bolts was politically connected?

Tell you right now looking at the way that bolt broke with that bend in the threads its cheap steel. More will break, the cables & tie ends are likely shit steel also.
If you drive over the bridge you can see the steel rusting and blistering out, making cracks in the concrete.
This should not be happening on such a young bridge, the same thing is happening on the Kosciuszko Bridge and that's only 3 years old. Its eventually going to need to be rebuilt. I think the contractors tried to save money and used Chinese steel--Apparently nobody was watching or verifying the materials used on these bridges were up to speck. This all reeks of corruption and payola.
The new subway cars are falling apart also. I got stuck 2 hours because a door wouldn't close, MTA mechanics had to remove seats and remove whole panel to get to the door motor and perform some circus act close it manually. All this to get the train out of emergency stop mode.

Don’t care about talent and merit, stupid is as stupid does.

The bolts in question were made by Nucor, an American manufacturer using American steel. Unless, of course, somebody swapped them out along the way.

Can't make this shite up !
This is what the world needs, a little humor.
The joke is on you New York !

Apparently people need to die before something is done about crap like this.
Then again, Gauletier Crazy Eyes has plenty of blood on his hands already so a little more won't bother him much.


Doesn't even sound right! Torque wrench to do what? Who and what is holding the rest in place so he can do the job properly, precisely? Any expansion, contraction due to weather how is that accounted for by using a torque wrench? Sounds like a bridge in some Banana Republic to begin with. Secondly even if is true, bolts like that cannot be tightened with a manual torque wrench. Due to the size should not be snapping regardless.
Someone in power needs to take the bolt to a certified and accredited lab and test the material, because if any of this is true we are looking at some major tragedy waiting to happen, totally unacceptable.

From an engineering standpoint anything load bearing needs to be over designed and engineered.

For example if is for 100 tonnes needs to be designed and engineered for more not less.

This goes for bridges, sky scrapers and so on.

Totally fucked up if one is able to snap a bolt like that on a bridge.

It always was, is and will be the Tappan Zee bridge to a lot of people. The people of NY should demand that the name be rolled back. Not named after a jackass governor that started the death spiral of this state.

The bolts in question have an A490 marking.

They have been breaking due to a defect known as hydrogen embrittlement.

Verdict, these bolts are not US made that's for sure.

That bridge will be swimming with the fishs.

Tech details to realize the magnitude of this corruption.

After the nursing home killings and now this bridge crap?

But the press is enjoying the sexual harassment details of the now 6 women.

Funny, no media mention of daddy's homophobic remarks when he ran against Ed Koch!

Is a big club and you ain't in it!

Alloy Steel?
Alloys of what? and from where ?
Yep, likely re-constituted scrap steel from China or India with who knows what salts & shit mixed in.
--Death trap like the Titanic

Not sure why anyone would be surprised at this. Little Andy has proven himself to a POS many times.

It should have remained Tappan Zee in honor of the Dutch settlers.
After Nipples is gone and it is fixed we should change it back.

We are “Regressing” into a third World shithole with demorats.
Schedules, being on time, strong work ethic.... Are RaCiSt ?

When you have time Sheeple read the new Smithsonian chart outlining how things like schedules, being on time, a strong work ethic, and other reasonable and good standards for people are actually white supremacy.


"Steel, as defined by the American Iron and Steel Institute, shall be considered to be alloy when the maximum range given for the content of alloying elements exceeds one of more of the following limits: Manganese, 1.65%, silicon, 0.60%, copper, 0.60%, or in which a definite range or a minimum quantity of any of the following elements is specified or required within the limits of the recognized field of constructional alloy steels: aluminum, chromium up to 3.99%, cobalt, columbium, molybdenum, nickel, titanium, tungsten, vanadium, zirconium or any other alloying elements added to obtain a desired alloying effect."


These bolts were officially withdrawn in 2016 in favor of ASTM F3125.


"ASTM A490 bolts shall not be coated by hot-dip galvanizing, mechanical deposition, or electroplating with zinc due to the potential risk of hydrogen embrittlement. ASTM has approved coating A490 bolts with Zinc/Aluminum Corrosion Protective Coatings per ASTM F1136 Grade 3, commercially called Geomet. Additional testing in the form of Magnetic Particle Inspection for Longitudinal Discontinuities and Transverse Cracks is a requirement of the A490 specification."

NY government stupidity - The Tappan Zee bridge was built at the widest point of the Hudson river because the site is 100 yards outside or north of the toll jurisdiction of the Port Authority of NY NJ. In 1950 Gov Dewey didn't want to share the toll money with NJ hence the TPZ bridge was built as a segment of the NYS Thruway Authority. With subsequent real estate development and rights the replacement bridge had to be built in the same stupid place. Want the truth? follow the money.

If hydrogen embrittlement or shit cheap dipped galvanized steel is the case both commuters and these new shit bridges are f_cked!

I wonder how the Whitestone bridge is holding up?

The Whitestone bridge was under constant renovation between 1989 and 2017 a nearly 30 year construction job, everyday for almost 30 years traffic was snarled day and night as contractors slow walked the rehabilitation of a bridge that was built from scratch in about twelve months between 1938 and 1939.

Job security. BQE is also known for multiple generations working on it.


It will never last as long as the original bridge. But by the Andy boy will be long gone and he won't matter.

The bridge in the movie A Bridge to Far. Was built better