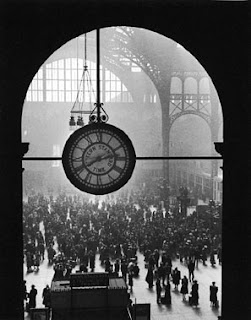 While preservationists have been making a big deal about the Landmarks Law turning 45, some columnists are worried that the LPC has gone overboard:

It is wise and good to protect the most cherished parts of a city’s architectural history. But New York’s vast historic districts, which include thousands of utterly undistinguished structures, don’t accomplish that goal. Worse, they impede new construction, keeping real estate in New York City enormously expensive (despite a housing crash), especially in its most desirable, historically protected areas. It’s time to ask whether New York’s big historic districts make sense.

Is too much of the city going to end up landmarked?

For the most part, these actions are immensely popular with New Yorkers. Yet as more and more of the city falls under landmark protection, growth and development may suffer.

Clearly both were written from a myopic, Manhattan-centric point of view.
Posted by Queens Crapper at 12:10 AM