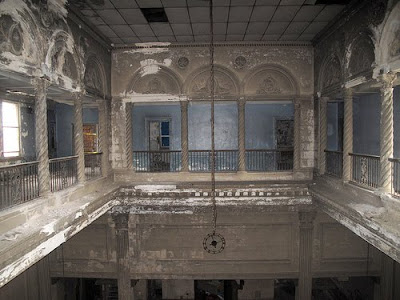 Naturally, Thor Equities and its CEO, Joseph Sitt, do not like the idea of an historic district or landmarking, as it means they would no longer be allowed to gut the soul of Coney Island at whim. Last year, they succeeded in pushing a rezoning of both the bank lot and the Henderson building lot for the construction of hotels of up to 27 floors.

However, if landmarking were to go through, they’d find themselves with a harder sell on their hands. Thus, according to rumors reported on AmusingTheZillion.com, they’ve approached a demolition company, who was asked for a quote to take down the bank building immediately, with others scheduled to be razed by October.

And the Daily News reports there currently is no plan for amusements.
Posted by Queens Crapper at 12:00 AM

This is Bloomberg's city and not yours. You sanctioned his third term so get over it. History loses!