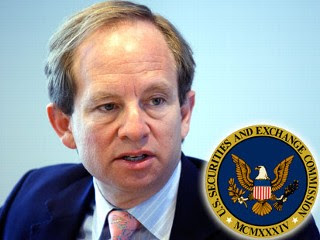 Steven L. Rattner, the financier under increasing scrutiny in a state and federal kickbacks investigation, is playing a key role in creating a new investment firm that will manage Mayor Michael R. Bloomberg’s fortune and finance his philanthropic foundation, according to three people told of the arrangement.

At Mr. Bloomberg’s urging, Mr. Rattner has taken a hands-on approach in helping to build the new company, despite his legal problems, these people said, speaking on condition of anonymity for fear of angering the mayor and Mr. Rattner.

The move comes at a time when others, including the investment firm he founded, are taking pains to distance themselves from Mr. Rattner.

Attorney General Andrew M. Cuomo has accused Mr. Rattner of paying kickbacks to an aide to former State Comptroller Alan G. Hevesi in exchange for the aide’s help in landing a state investment contract for Quadrangle, the private equity firm that Mr. Rattner founded and ran for years.

Mr. Rattner has since left Quadrangle, but last week, the firm paid $12 million to settle allegations in the kickback case and, in unusually harsh language, it rebuked Mr. Rattner for his role, calling it “inappropriate, wrong and unethical.” Mr. Rattner’s lawyers vigorously denied those claims.

Shockingly, Rattner is also President Obama's pick for his auto task force.
Posted by Queens Crapper at 1:49 AM

Will there be a new addition to the list?

One day I'm going to wake up and realize this is just a cheezy movie with an absurd plot!

La Kosher Nostra.
NYC needs the feds badly, they (the feds) HAVE to be watching all this BS.
Its gone run a muck for to long