From luxury condo to halfway house 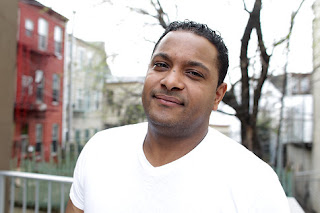 It was advertised as a luxury condo building that would gentrify the Brooklyn neighborhood. But what opened was a halfway house run by an ex-con.

Now neighbors are up in arms, saying they're the victims of a bait-and-switch that could drag their modest Bushwick block back to the bad old days.

"We're afraid," said Nilagros Lopez, 65, a school health aide who collected hundreds of signatures opposing the project at 979 Willoughby Ave. "We don't know what might happen. We don't know who's in there."

What's especially galling, neighbors say, is that the halfway house is run by a paroled felon who operates with virtually no oversight.

Well so what? It's just more of that vibrant diversity that Bloomberg has brought upon us. Bushwick is next to Queens, the spillover was bound to happen sooner or later. Wait 'til it hits Dutch Kills...
Posted by Queens Crapper at 12:48 AM

What bothers me is that this building is just around the corner from a middle school I teach at. I certainly don't want one of these half-way house "residents" approaching one of my students or harming them.