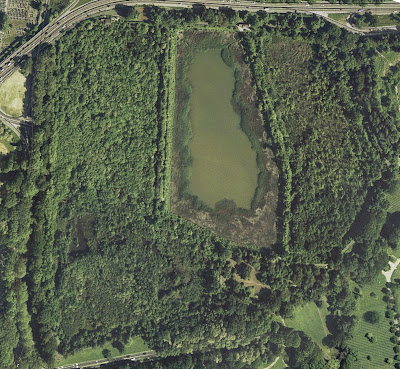 The Department of Environmental Conservation (DEC) is considering classifying the Ridgewood Reservoir a state-regulated freshwater wetlands, this paper has learned.

The designation would subject the city's planned redevelopment of the reservoir to a state review, and would set the stage for a possible confrontation over the site with the Bloomberg Administration.

The city is planning a $26 million project that would convert part of the three-basin reservoir into a recreation area, despite objections from residents who want the site protected as a natural preserve.

Thomas Panzone, a DEC spokesperson, confirmed the state is eyeing the 160-year-old reservoir, which was decommissioned in 1989 and has reverted back into unkempt parkland.

“DEC is reviewing whether or not the Ridgewood Reservoir should be classified as a state-regulated freshwater wetland,” Panzone said in an email. If that happens any planned changes to the site would be subject to review by the state, and could require a permit under the state's Freshwater Wetland regulations, he said.

The full implications of a wetlands designation on the city's plans for the reservoir remain unclear. But someone with knowledge of the negotiations between the city and state said the DEC's interest has complicated the city's efforts to remake the reservoir.

The city is planning to start phase one work - to upgrade lights and fencing around the reservoir and rebuild a pathway between the second and third basins - this fall.

But the thought of complex wetlands regulations has raised concerns inside the Parks Department over its phase two plans to replace part of the third basin with an active recreation area. The work could prove difficult if the site were protected.

While this is welcome news, I am confused about something. Back in January, the Parks Department said they were going to release 3 plans for the reservoir by early March and receive public input on them. So why were they going to the DEC for approval for "its phase two plans to replace part of the third basin with an active recreation area"???

so this is good news, awesome!