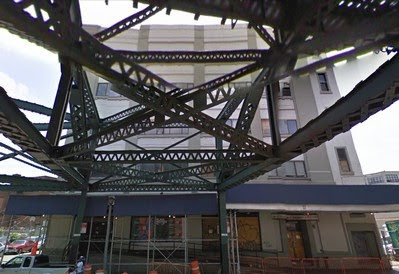 Officials at the Dutch Kills Civic Association this week said they need answers to a number of questions regarding plans for a proposed 19-story building located at 30-30 Northern Blvd. before the community can approve of the plans.

Building owner North 30 Associates LLC is seeking a variance from the city Board of Standards and Appeals to permit use of the proposed site as a dormitory for city college students, along with as-of-right convenience retail and mini storage facilities.

In a request for the variance, attorneys Kramer Levin Naftalis & Frankel said the proposed building would be 19 stories in height with an accessory parking garage for 100 vehicles.

In a Statement of Facts outlining plans for the building, the attorneys cite a 2003 study into the housing needs of college students in New York City that estimated a demand for more than 5,000 beds in Queens for students from four CUNY institutions: Baruch College, Hunter College, CUNY Graduate Center and John Jay College of Criminal Justice.

After studying the financial feasibility of two alternative development plans, i.e. a new, 16-story office building or a new, 26-story mixed office/hotel building, the owner decided to proceed with the proposal for student dormitories and retail use at the site, the attorneys state.

Walsh and Stamatiades said their members need some sort of guarantee from the building owner that the site will not be “flipped” for future use as a homeless shelter or similar facility.

In a joint statement Walsh and Stamatiades said the Dutch Kills community would welcome students in the proposed dormitory setting with a written guarantee by the building owner that the building will continue to serve as a student dormitory.

“We are greatly concerned that approval of a variance for dormitory use of this building could lead to the future establishment of a homeless shelter at the site,” Walsh said.

“We need answers to a number of questions and a guarantee by the building owner that the site will remain a student dormitory before our community can sign off on this request for a variance.”

Do they really think grad students will want to live next to a train? Does the owner have a contract with CUNY? Would CUNY students living next to a subway own cars? How would you enforce this ban on homeless shelters if the property is sold?

Doesn't this all sound extremely shady?
Posted by Queens Crapper at 1:04 AM

this is one of the most crime ridden areas of Queens at night time . it is a no mans land. the muggers from the Queens bridge Projects will have a field day robbing the naive students.

their parents will quickly transfer their kids to a more safe section.

No student ortheir parents in their right mind or by choice would allow or live at that location. This project is smoke and mirrors for potentially another use down the road. Fight it!

Now the politicians and media will focus their attention on Dutch Kills Civic making them the spokesmen for the community and laud their 'heroic' efforts to salvage a disaster - they made.

They were the ones who wanted Upzoning! They were fully aware of adding thousands of people to a busy highway with NO SERVICES, a lousy power grid and no hospitals, a location just a few blocks from the biggest housing project in the country, and around the corner were Riker prisoners are released was simply - recklessly - irresponsible madness.

Who the hell wants to live in a place like that? It will become a festering Public 8 housing barracks right in front a busy highway.

I can just see it - gunfire around a major street with 10,000s of innocent people driving by each day.

Now go after George "The Millstones are Rocks" Stamatiadies and Gerry "Whatta we doin' with $20,000" Walsh.

Along with Shitty's Planning's Penny Lee they should move to Detroit. The place is already a wasteland and they can diddle around to their heart's content at planning scheme beneath the radar without doing any damage.

The fact that George S started the Gazette explains why he is given creditiblity and space in that paper after they (along with City Planning) were involved in the absolute planning disaster that the community has faced in the past few years.

How about the other group - you know, the ones that started because they felt their community did not have representation or a voice with DKCA?

Why is the press ignoring a fresh new perspective?

i guess that gentleman's club on the first floor finally closed? damn, what was that place called????

Read between the lines. BSA has a list from 2006, at the height of the building boom. It's 2010, at the bottom of the bust. There is no one lining up for a dorm here.

19 STORIES BETWEEN A RAIL YARD AND A BUSY HIGHWAY WITH NOTHING ELSE - AND THEY TELL US TO EXPECT OTHER TALL BARRACKS TO BE BUILT ALONG THE HIGHWAY ON BOTH SIDES FROM QUEENS PLAZA TO STEINWAY STREET.

- ARE THEY FREAKIN NUTS?

BASKETBALL AND SOCCER COURTS?
SURE. WE GET THE PICTURE.

MAYBE YOU NEED A BULL RING - WASN'T THIS PLACE WHERE THE MEXICANS STAGED A BULLFIGHT OR SOMETHING AND A POOR CREATURE GOT LOOSE?

WHO ARE THESE SCHOOLS AND WHY IS IT HELPING US? WHY DID WE NEED IT?

THE ONLY THING WE CAN DO IS BUILD UP LIKE THIS? REALLY?

Who would want to live in a dead zone that's a one hour subway + bus ride distant from their school?

This makes no sense except as a payoff to a politically-connected developer.