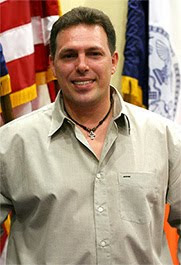 When Gov. David Paterson reversed course last summer and decided to call a special election to replace now-jailed Assembly Member Anthony Seminerio, three candidates who wanted to run in a Democratic primary for the seat were forced out of the race.

The special election instead allowed the Queens Democratic Party to get its favored candidate for the seat, Mike Miller, on the Democratic line and avoid a contested primary. Miller went on to easily win a special election victory in the southwest Queens district over a Republican opponent.

Now, two of the Democratic candidates who could not run last year are teaming up to try ousting Miller in the fall. And Miller is not the only person who has raised their ire: they claim that the circumstances surrounding the special election were all part of a political deal to help Council Member Elizabeth Crowley.

Nick Comaianni, president of Community Education Council District 24, will announce his primary challenge against Miller at a meeting of the newly-formed Southwest Queens Democratic Club on May 6, he said.

Comaianni said he would draw on support of the parents he has come to know as the local school board president, as well as the sizable Indian and Latino communities who he says felt disenfranchised by the special election maneuvering last year.

“They don’t like it when a few people out of 125,000 get to determine who represents them in Albany,” Comaianni said.

In January, Comaianni founded the Southwest Queens Democratic Club with Farouk Samaroo, a young Afghan war veteran who, like Comaianni, wanted to run to replace Seminerio. The club had some 45 people at their first meeting, a number they attributed to anger over the special election.

In fact, Samaroo said the club will try to run a candidate not only for Assembly this year, but for every district leader, state committee, judicial delegate and county committee seat in the 38th Assembly district, which covers Glendale, Ozone Park, Richmond Hill, Ridgewood and Woodhaven.

Samaroo asserted that the minority populations who make up the majority of the primary electorate were left behind last year by a deal cut between the Queens Democratic Party and a small group of mostly white, conservative Democrats in Glendale, who wanted Miller to replace Seminerio.

In exchange, according to Samaroo, these conservative Democrats promised to support Council Member Elizabeth Crowley — who was running for re-election against Republican Tom Ognibene — and who is the cousin of Queens Democratic Party chair Joe Crowley.

“The Hispanic and Indian populations got sacrificed for a little political deal for Liz Crowley,” Samaroo said. “Frankly, we’re a little upset about it.”

On the one hand, I like thumbing the eye of the machine with this move. On the other hand, Miller has introduced some good legislation, such as with the railroad.

Comaianni LOVES making sure schools are shoehorned into Maspeth and Ridgewood, not because Maspeth and Ridgewood need them, but so kids from Corona and Elmhurst could be bused in. Not once do I recall him begging for a school to be built in Middle Village or Glendale, which are also in School District 24. In typical political fashion, he made sure he protected his home turf at the expense of someone else's neighborhood. A political NIMBY who calls everyone else a NIMBY. Of course, the smarter thing would have been to make sure the schools were built where the kids actually come from, meaning Corona and Elmhurst. (See today's other post about apartment buildings in Corona.)
Posted by Queens Crapper at 12:07 AM

the more, the merrier.

elizabeth crowley is a LIAR>

and Farook Samaroo is a nut.

Interesting that you would use that terminology, since a member of the Queens machine told me in reference to the Miller appointment sage, and I quote, "We did it because we can't have those nutty South Asians getting in."

All of Queens politics are orchestrated. The biggest offender is Joe Crowley, between getting his cousin elected and his gerrymandering. The biggest joke is that he lives in Virginia, not in Queens where he grew up. Make sure you put him on the list of people to vote out in November.

Samaroo is a nut. It has nothing to do with his ethnicity.

Elizabeth Crowley has the IQ of a pencil. She needs to go. Anyone interested in running against her come election time will be swept in. She's a total idiot and does nothing for her constituents. She's Brian McLaughlin's ex-girlfriend. Birds of a feather flock together.

Farouk Samaroo is a manipulative, CON-MAN of politics. BEWARE anyone looking to get into politics DO NOT BELIEVE ANY WORD OUT OF THIS MAN'S MOUTH. BEST THING IS THAT THE MAN IS SO FAR OUT OF HIS MIND THAT HE IS BEING COURT MARSHALLED BY THE US ARMY.