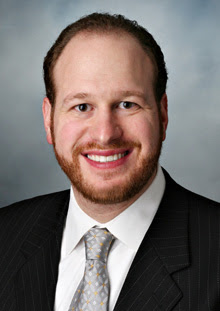 The chairman of the City Council’s powerful Committee on Land Use, a crucial gatekeeper for all developers seeking zoning changes in the five boroughs, has several hundred thousand dollars from real estate interests socked away in a state political account for an undeclared office — and he has used the money to make periodic payments to an operative known to be plotting his own bid for a Council seat.

State Board of Elections records show Brooklyn Councilman David Greenfield has $308,641.71 stashed in a campaign account called “GreenfieldNY” — a separate entity from his re-election committee, “Greenfield NYC.” Both troves of political lucre report as their headquarters the home address of a Democratic Party apparatchik named Kalman Yeger and his wife Jennifer Berger, who works for Council Speaker Melissa Mark-Viverito.

The New York City Campaign Finance Board, with which the Greenfield NYC account is registered, forbids donations from corporations, business partnerships and law firms, so as to reduce the influence of private interests and to amplify and empower individual citizens. The state rules governing the GreenfieldNY account, however, include no such stipulations.

Of the funds in the GreenfieldNY account, $86,600 would be outright verboten under city rules. All but a few of the contributing companies are real estate entities, or are businesses belonging to individuals who also deal in property development and management.
Posted by Queens Crapper at 1:24 AM

The NYC City Council is entrenched in CORRUPTION. Why no investigation?

Exactly right, last Anonymous, and their entrenched corruption is literally killing every long term, languishing constituents like me!

The entire city council and City Hall have created such an OPENLY PRACTICED, hostile, unresponsive environment (and kleptocratic, kakistocracy-plutocracy), that it is the reason for why systemic, citywide crime, violence, lawlessness, vigilantism——and, now anarchh in the streets are all openly practiced as a 'Cause & Effect' of these monstrously false, fake and failed public servants' unchallenged reinforcement and delivery of a 'Delay, Deny——And, Hope That You Die' system of societal collapse (where people actually HAVE died whilst waiting for ANY government help, which is an illusion, not to mention TRUST——which is for SUCKERS)!

In fact, the corruption has become so entrenched and establishment-rigged, that my OWN council member derelicts (both past and present), are still so arrogant and depraved, so as to ignore my calls for help and their taxpayer-funded resources with a vengeful impunity that is unprecedented, to date.

And, all of this after a brazen, publicly unauthorized (again and STILL!), 38% raise last February 5, 2016, from the Big, Lazy Shithead de Blasio, when everyone else who actually work for a living are stuck again with static wages that NEVER keep pace with ever climbing inflation.

THIS IS OPENLY PRACTICED, GOVERNMENT TYRANNY——and, EXTREME TAXATION WITHOUT REPRESENTATION——and, the public be eternally duped, bilked, scammed and damned!

❝The Earth is not dying, it is being killed. And, the people who are killing it have names and addresses.❞ —Utah Phillip Phillips

What about "follow the buck" Chuck Apelian of the notorious CB7.
He's helped to grease through many of Flushing's gigantic over development projects.
Was it for political gain, cash, or both?
What ever happened to the federal investigation of CB7 ?
This might be a major money laundering mill.