Another Caliendo special is underway 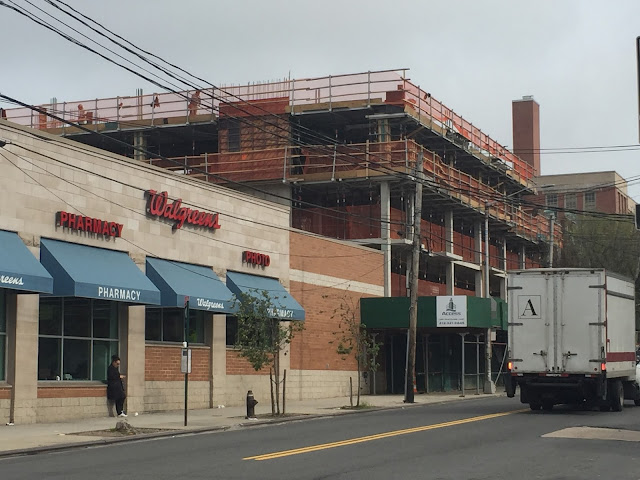 Plans for an oddly shaped five-story, mixed-use building on the edge of Ridgewood were approved last month by the Department of Buildings (DOB).

Diagrams show that half of the proposed U-shaped building — located at 62-41 Forest Ave., formerly part of the long-defunct Boss Motors car dealership — will be five stories, while the other half only rises four stories; and the dividing line cuts through the lot diagonally.

his division of stories is necessary because the plot of land sits in two distinct zones that, in examining the building plans, seem to be the result of a mapped, yet unbuilt portion of Greene Avenue. This swath cuts through the property on a bias.

Sounds to me that that this landowner is following the the maze of regulations put into place by the bureaucrats.

We should all be thankful to the landowner and the bureaucrats for instituting such wonderful regulations!

I am so pleased that there will be an enormous bicycle rack...

This BLOG is getting so boring.Can you post anything truly interesting.

There will be a new Peruvian restaurant ... good God, just forget it

Sorry this blog doesn't have enough Facebook excitement for you. Take your narrow mind back over there!

The fact the Calliendo is getting awards, has a position of public trust in a Queens Community Board, and is getting a pass from the city-wide preservation community because he has one of their darlings has a staffer doing Victorian teas as a cuts a swath through the tattered remnants of Queens is simply and completely unacceptable.

Nice try Caliendo and your ass-kissing flunkies. We still have your number.