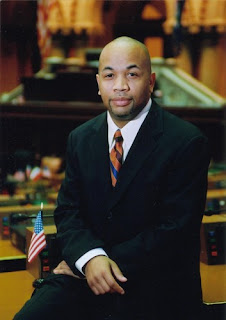 The Republican-led state Senate, for the fourth consecutive session, passed legislation to crack down on violent gangs — but Democratic Assembly Speaker Carl Heastie shot it down.

The bill comes amid a wave of violence by the MS-13 gang, which has menaced suburban Long Island and other areas.

The bill passed 48-13 — with all the no votes coming from New York City Democrats.

But it hasn’t even come up for a vote in Heastie’s Assembly.

The measure would increase sentences for gang-related felonies and create new felonies for individuals who participate or benefit from gang activity or recruit others to join gangs.

Heastie insisted longer prison sentences are not the answer.

“We support anti-gang initiatives. However, increased penalties are not necessarily a deterrent,” he said. “A better approach is to discourage people from engaging in gang activity in the first place, and that is where the focus should be.”

In fact, the bill offers anti-gang initiatives at the front end.

A new Criminal Street Gang Prevention Fund would be established to support a gang violence prevention curriculum in schools, for example.
Posted by Queens Crapper at 6:47 AM

"discourage people from engaging in gang activity" .... Gee Whiz!! Teach them how to be better citizens. Really, do they really think this is going to work??!!

Heastie lookin out for da homies!

THE MS-13 IS A LATINO GANG. DIBLASIO, VIVERITO AND OTHER CITY LEADERS DONT WANT TO TARGET THEM FOR THAT REASON. THEY FEE IT WILL BE DISCRIMINATING AGAINST AN ETHNIC GROUP. ALSO, THEY WANT TO CLOSE RIKERS BY THE NEXT DECADE, SO EXTENDING PRISON SENTENCES FOR VIOLENT CRIMINALS GOES AGAINST THEIR WISH. I'M MOVING NORTH TO CANADA!!

Alas, the violent gangs and thugs reside in Albany and City Hall. Now, I don't know how this latest bozo ever became Democratic Assembly Speaker (just like ALL party-boss-machine-failed appointments are made——without democracy and behind closed, cobwebby doors), but if this thug thinks that he embodies honest, ethical leadership (that leads by example), then he's doing it wrong (and as always, We, the 'Hijacked-and-Held-Hostage' People continue to pay the ultimate price of taxation without representation——and, the public be damned——again and STILL).

Leave it to the pansy asshole lefty liberal Democrats in NYC to shoot down (no pun intended) an anti-gang bill, while gangs like the very violent & notorious MS-13 have caused widespread violence on Long Island, Jamaica and Jackson Heights. So elected officials in those gang prone areas voted NO to this bill, folks like Leroy Comrie (Jamaica) & Jose Peralta (Jackson Heights), even though MS-13 has caused much violence in both these areas, especially Jamaica. THANKS LEROY.

The measure would increase sentences for gang-related felonies and create new felonies for individuals who participate or benefit from gang activity or recruit others to join gangs. But asshole Assembly Member Carl Heastie, who you know damn well, does not have a gang problem in his hood, stated longer prison sentences are no longer the answer . “A better approach is to discourage people from engaging in gang activity in the first place, and that is where the focus should be.” Even thought the bill already has that initiative in it.

THINK about that next time you are in the voting both, like residents of Jamaica need yet another reason to KICK do nothing Comrie out of office. BUT why do you keep putting this obese clown in office, that is the bigger question.

Speaking of asshole Comrie, I attended the 103rd Community Council meeting last night and one of the issues were young kids from the local high school and some young kids period who reek havoc when they get out of school and one person in the audience stated “the young people in the community have no jobs, nothing to do, so they just hang out”, which is a valid point, but a representative from Comrie’s answer and I kid you not, MOVIE NIGHT, yep, money being wasted on a movie night. How about putting that money to pay these young kids who just “hang on street corners” to clean up all the trash and litter in the area”, pay them and maybe give them some type of credit for school. Fucking movie night. Our tax dollars wasted.

It's not the gangs, it is 'cause there's too many guns
I'm sure we need more gun laws to screw the law abiding & that won't be enforced

> The measure would increase sentences for gang-related felonies and create new felonies for individuals who participate or benefit from gang activity or recruit others to join gangs.

That doesn't sound dodgy at all!