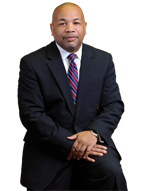 Ignoring the corruption scandals swirling around Albany, Heastie argued in a letter to the Commission on Legislative, Judicial and Executive Compensation that “the complexity and demands” of a legislator’s job “have dramatically increased.”

Heastie didn’t mention ethics reform, which has been a point of contention between lawmakers, who claim they passed meaningful changes, and critics who contend they haven’t done enough.

The speaker, a Bronx Democrat, also did not recommend a specific new salary, merely pointing to a rate of inflation of about 2 percent a year.

But he noted that the current salary is modest at best for people living in and around the five boroughs.

If salaries aren’t adjusted, Heastie said only inexperienced, retired, or independently wealthy people would be willing to take the job.

Hmmm... inexperienced means that there wouldn't be decades-long incumbency, retired means they may actually show up for work and independently wealthy means they likely won't take bribes. I think I'll stick with no raises as the way to go.
Posted by Queens Crapper at 4:32 AM

This guy looks like and speaks like a thug. A real jerk. I wonder how he became speaker ?

Understand and learn how so many of your constituents are trying to survive from day to day.

The story does not mention the many benefits these legislators receive in addition to the base salary.

These elected officials are nothing more than a bunch arrogant, ungrateful dolts.

Vote them ALL OUT!!!

It is considered a part-time job. In addition to the base pay, they get per diem allowances. Also, they are allowed to hold an additional job, which most of them do.

So Moby Stavisky gets to be even fatter!
Most pols deserve prison on a bread and water diet!
I have never been in a position where I could vote myself a raise, why should these bastards?
Is this a meritocracy or a scam?
Most career politician don't deserve a toilet cleaner's wages.

I wish I earned that much!

Heastie is verifiable proof that shame is dead, and being tone deaf and a dick is a virtue in the halls of state office.

So, what justifies a raise according to this worthless elitist hack is that it reduces the inclination and proclivity to steal. That's some pretzel logic there.

Vote for Trump.
Can we do worse than we've been doing?
The Donald has upset the apple cart and the rotten fruit is spilling all over the street for all to see.
Finish the job. Dump the lazy corrupt liberals!

Fine give them the raise, but take way the cars the drivers, and let them buy a 30 day unlimited Metrocard to get to their photo-ops. Then they'll get a taste of how us Proles live.

Bribe us with a pay raise and we won't be corrupt Bingo!

Why not put this pay increase to vote? Let the taxpayers decide whether or not they deserve a raise. Just add this to the ballot and let the voters decide.

"Why not put this pay increase to vote?" Ha, ha, ha! Oh, Anonymous——how I love a good joke!

We the People did exactly that (TWICE!!), when we voted for term limits for the city council (1996, and 2003, respectively), and with each official vote, the entire cabal of government paycheck thugs abrogated our rights by approving a pay raise for themselves (in 2009, when unpresponsive tyrant Christine Quinn was shining Bloomberg's boots!), and then once again by 'The Dope From Park Slope' (when he circumvented public referendum altogether and appointed a special commission that wound up approving a raise that dumbass de Bl-ass-io increased to an even higher increase, despite public hearings that rejected any pay raises altogether!

So, what makes you believe that these openly practicing criminals of Albany depravity and lawlessness would ever observe yet another dishonored voting scam for whom they could easily reject and abrogate, when the entire voting process itself has been so flagrantly abused and rigged——to government tyranny (anarchist) effect??

WE HAVE NO RIGHTS BECAUSE THIS IS NOT A DEMOCRACY——IT'S A 'KLEPTOCRATIC PLUTOCRACY'——and, the city-and-state-protected mob thugs in false power have never stopped winning, and the public be damned!

If it wasn't for politics they would be among the hard core unemployed.

“The complexity and demands” of a legislator’s job “have dramatically increased."

The state has become far more complex and we get about 85% of our laws locally, not from the Federal government.

So if that's the case, why don't the legislators work year round? Perhaps if a legislator was honest and offered that arrangement, a slightly higher salary would be indicated and their request would be taken more seriously. All other questionable activities aside..

Furthermore, as already noted in a Comment, Senators are compensated for gas for their cars at the Federal rate which increases each session, they are reimbursed for their accommodations and their food. This amounts to another $10,000 or so per session.

Absent is any discussion about the value placed on the power they acquire and information they gain as a result of their position. What is that all worth?

Finally, how is it that with all this important work that they are engaged in that this state and its constituents are worse off after each session ends?

Wouldn't its be nice if one of our, oh so altruistic, politicians would answer those questions?

Alas, Albany's shabby 'thug culture' has produced some of the greatest 'WELFARE QUEENS' of them all!

But, to expect these vacuous legislators to work year round, Anonymous, when they don't even work to any evidentiary level of 'selective' and/or 'occasional' part-time productivity is the reason why New York State's 'OPENLY PRACTICED' Albany mob rule is a long term experiment in outright government tyranny and anarchy, where taxation without representation is reinforced with every counterfeit meeting and session that accomplishes nothing, except to continue to pay these corrupt, voracious thieves, all of whom now DEVALUE all honesty itself——to pathologically high treasonous, traitorous and obliterating effect!

Worse, these government protected misanthropes are all a willful cabal of what I like to correctly call: 'CRIMES WITHOUT CRIMINALS!' And, it's only getting worse by the hour!

I am so tired of these salary increases. Stop budgeting their increases off of our taxes. It really needs to stop. Private sector employees have not seen raises in years. Enough is enough!!!!!

Forget your online protest, Anonymous——unless you and tens of thousands more within the ever languishing rank and file are ready, willing and able to walk away from your electronic devices to take to the streets, in order to create massive gridlock on our roads, bridges and tunnels!

Only then will ALL of these corrupt, empowered idiots be forced to respond. If not, then they will just keep doing what they do best (always and forever!), which is a continual loop of bilking the system with impunity, as they laugh all the way to the bank, whilst you strenuously pound out your cyber fit of 'sound and fury' rage for one, where no one except the similarly afflicted (and powerless) are listening.

In case you haven't already noticed, for five decades the monstrously failed Albany and City Hall political, machine controlled, exclusionary, members only, criminal enterprise have SO completely betrayed all pretense of public trust, ethics and integrity, that even ACTUAL crime family rings worldwide could never even remotely attempt to rival, much less surpass, these voracious, predatory, taxation without representation thieves of epic, humaintarian fail!

So, what was the clever catch phrase that promoted the 1977 movie, 'Alien?' 'In space——no one can hear you scream!

Welcome to the Alien movie, catch phrase equivalent of all political 'outer space,' Anonymous, where the louder you and We the People scream——the more sound absorbent are the awaiting padded cells for anyone who objects to Mario's son's 'pay-to-play' Ponzi scheme of robber barons, all of whom always stay in permanent residence at the TOP of this perpetual pyramid scheme——but, where everyone else continues to pay a soul-crushing price!

Even having an uncle in the Mafia (or a broken, money gushing slot machine) can't keep pace with Albany's infinite criminal enterprise that keeps paying, paying paying whilst for everyone else these 'friendly robbers' continue to enforce: 'Delay, Deny——And, Hope That You Die (and people HAVE DIED)!