City payroll is bigger than ever 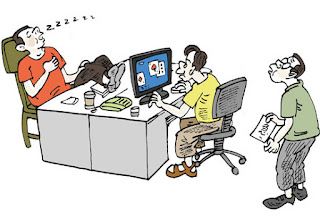 New York City is undergoing a rare explosion in city government: More people now work for the city — 287,002 full-time employees as of July — than at any other point in its modern history, with thousands more scheduled to join them.

The projected growth finds few parallels in other major American metropolises; most, like New York, trimmed their numbers after the financial crash of 2008. Some have rehired, though not at the level that New York has under Mayor Bill de Blasio.

But behind all the job growth is a complicated set of factors that explain the possible benefits and costs to the city, the mayor and his supporters. Unions will see new jobs for their members, but the city will see future pension costs rise.

And even if the city fails to fill all its projected job openings, there is a benefit: An unfilled job can be taken off the budget, enabling the de Blasio administration to claim so-called savings from the absence of thousands of workers who were not hired.

Every major agency is growing under Mr. de Blasio, a Democrat, but some expansions seem to stand out: His latest budget would have the Sanitation Department’s number of civilian employees increasing by a third since 2014; the Department of Citywide Administrative Services’ by 20 percent; and the city information technology department’s by more than 50 percent.

The growth in full-time staffing has worried some budget experts, who fear a lack of fiscal discipline at City Hall, and greater pension obligations down the road.
Posted by Queens Crapper at 7:09 AM

And it still takes 10 days to fill a pothole; 2 weeks to fix a street water leak, 2 years to plant a tree, 5 years to remove a tree stump, 1 year to clean graffiti, 10 days to clean illegal dumping, 1 month to remove an abandoned car, decades to try to fix our schools, 6 years to repave a neglected roadway, 1 month to fix a broken street light, 1 week to clean a city park, months to shut down a neighborhood brothel, etc. Well, you get my point.

Just like Detroit. At least when they retirement i'll no longer be in nyc.

Another ever growing, unending welfare program that you the taxpayer must fund in perpetuity.

The added benefit of this is a permanent block group of zombies voting the democratic line...

The Manhattan Democratic representative on the city’s Board of Elections, Commissioner Alan Schulkin, was caught on a secret video slamming Mayor Bill de Blasio’s municipal ID program as contributing to “all kinds of fraud” we have a hell of an uphill battle to overcome this. CLICK HERE TO SEE!

Yet, when I exit the subway at cityhall every morning, there are turds decorating the stairs-- actual human squeezed piles of shit....How curious.

It all is fine until the tipping point.

NYC is relatively protected due to the financial district that pays a huge amount of taxes.

When HRC is elected and goes after them they will hide as much income as possible, income to the city coffers with dry up, and NYC checks will start to bounce.

These Democrats don't have any concept of cutting back or prioritizing where money goes. For them it is just more, more, MORE!!!

City payroll is increasing yet others are not and finding it hard to live pay check to paycheck.
Wonder why there are so many people finding them homeless and living in neighborhood hotels.
Rents go up, MTA raising fares and well much is inching up besides our salaries.
Yes this city is getting expensive to live in. Middle class will be leaving and the rich get richer and the poor well it will increase and so will the homeless situation.
What can be done? Do you think the increase of the minimum wage to $15.00 will really help?
Some businesses are already closing up because they can not afford to pay their wait staff and if they do stay open things will go automated look at the McDonalds in Maspeth.
They have these kiosks that you place your order. Jobs will be disappearing because of this.
People do not see this coming. Your food will go up to help pay for this. Imagine the price of a Big Mac? No more dollar menus. Wait and see.

Told the wife, prepare for the day they say,we can't pay your pension
Only a fool doesn't see it coming.

Does this number include "consultants", "advisors","temps","contractors"?

My guess is no.

When HRC is elected and goes after them they will hide as much income as possible, income to the city coffers with dry up, and NYC checks will start to bounce.
---
What universe do you live in? That is lip service to negate Trump.

She is so wounded after this election she will do little more than ride out 4 years in the White House while the Democratic machine marks time - wasted time that could have been used to dig the country out of the hole they created.

Trump is toast. But when the medicine is finally dealt to USA to correct all these imbalances in the economy it will be more painful then if he got it.

I believe Trump is going to crush Hillary like a steam roller. Hillary's "public persona" bashes the Wall Street banks that finance her, while the "private persona" rakes in their millions and winks at them the whole time.

To Anonymous No. 1 who said that it takes five years to remove a tree stump.

What removal?? There are tree stumps that I see throughout the city that are left to rot from more than 15 years ago! Every tree that I've taken note that has been removed, and the stump is STILL there!

And, the biggest tree stump of them all is firmly rooted (and entrenched) in City Hall for four inexplicable, reductive years of maddening bureaucracy and neo-fascism (when he should have already been impeached!)!

How many are teachers for all of the anchor babies? Time to limit family size! Queens is disgusting...5 families per house!

More people on the payroll....means more of dumblasios friends working for him earning lots of $$$$ at the expense of the people who actually do work hard in the city. Half of our tax dollars go to them and the other half goes to lazy drugees or low life illegal to populate this city even more. Welcome to nyc, land of low lives and anchor babies!! Hope you are all happy for who you voted for!!

I believe Trump is going to crush Hillary like a steam roller. Hillary's "public persona" bashes the Wall Street banks that finance her, while the "private persona" rakes in their millions and winks at them the whole time.

Spot on.Trillions of dollars are riding on getting the witch elected as long as she has a pulse.

Socialism is great, until you run out of other people's money
Look at Venezuela

>NYC is relatively protected due to the financial district that pays a huge amount of taxes.
>When HRC is elected and goes after them they will hide as much income as possible,

She's not going to go after the bankers - she's in their pocket!