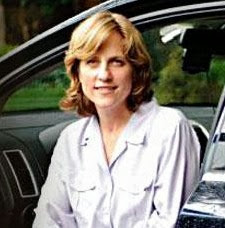 Held up once too often as a glutton for taxpayer money in this space, incoming Queens Borough President Melinda Katz has finally returned $51,630 in excess public campaign finance funding. Listen for the sound of one hand clapping.

Katz was one of a number of elected officials who won primaries and then moved on to the general election certain of victory. By law, the Campaign Finance Board gave all of them new funds — courtesy of the taxpayers — for the second contest.

Some immediately and correctly returned the checks as superfluous because they were guaranteed of winning. Others did so after some gentle prodding by these quarters.

Then there was Katz. She held on to every penny until, finally, many weeks later, she threw in the towel — and sent the board a check for $51,630.

That’s chump change to a politician used to public funding, but real money to the rest of us.

She's actually required to send back unused matching funds. So one hand clapping is being too generous.
Posted by Queens Crapper at 12:19 AM

That shows her character, or rather, lack of it. How is it that no comments publicly on her having been a home-wrecker?

Because Tony Arcabascio had no money, no name recognition, and Republicans are outnumbered by a huge margin. "Mel" got the Democratic nomination because so many people hate the Vallones, and because Tony Avella dropped out.

She also got there because a borough of 2 million plus grovels every time a small time pol walks into the room and refuses to do anything unless a pol gives it a green light.

When you are dependent on these people no one will rise from your ranks to replace them.

Its your fault Queens. Now lay in your soiled diapers. Doubt if you will learn anything.

Think of them that way and you're head will be on straight.

Is she going to list all her staff members and their salaries? Interesting to see if Marshall's $80,000 per year "official" photographer Dominick Totino is out on his ass or if he wangled another go-around.

Maybe when Sliwa is finished spanking his monkey, Katz can hand him a point and shoot to take her foto. (Just wash yer hands foist, Curtis.)

Speaking of monkeys, check out Totino's photos on the wall behind him here. That sophomoric and totally boring crap cost the taxpayers $85,000 a year? I betcha a monkey with a $10 drugstore throw-away can take just as good if not better pix.

Term limits (two terms) are still in effect - they were only lifted for that one instance four years ago when Bloomberg et al. got their third terms.

The stupid voters need to be punished and now they will be.