Condos proposed on site of dying hospital, then plan withdrawn 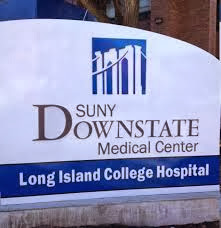 Long Island College Hospital, which became a symbol of New York City’s struggling community hospitals during the mayoral race, is considering an offer to redevelop the property to include condominiums and an urgent care center.

The hospital, in Cobble Hill, a long-gentrifying Brooklyn neighborhood, has been emptied of all but a small number of patients over the last several months, as the State University of New York has tried to shut it down and doctors, unions and community groups have successfully sued to keep it open. The state has said it cannot afford to continue operating the hospital at a loss, but the unions have said it is needed by the community.

SUNY officials said on Monday that a developer has offered to buy the property and lease much of the block that now houses the hospital back to one or more health care providers, who would run an urgent care center, a fitness center and other non-hospital facilities. The facilities would not receive ambulance calls. Other nearby buildings — the hospital comprises about 20 structures — would be turned into condominiums.

Yes, because an urgent care center and a bunch of luxury condos makes up for the hospital that was there. Well, they changed their mind about the whole thing. Once again, it's not in Queens.
Posted by Queens Crapper at 1:05 AM

GOOD! The last thing we need in nyc is more luxury condos/coops that NOONE can afford!!

What luxury condos have taken over hospitals in Queens?

more luxury condos/coops that NOONE can afford!!

If no one could afford them, they wouldn't be built. It's such a shame what's happened to our schools. We're on at least the third generation of idiots who can't see past their own faces.

And why is it that the hospitals closed?

Just what that part of Brooklyn has been clamoring for -more luxury apartments.

Anon No. 5: They're being built, despite any indication that anyone will buy them. It's all speculation. A lot of these new buildings have a lot of vacancies because the speculation is being done by idiots.