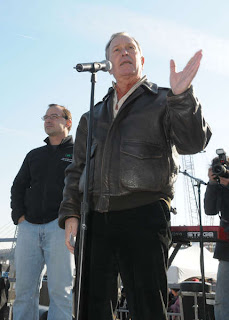 Only two years ago, Mayor Bloomberg was hailed as a city green space champion after announcing a $386 million plan with fancy renderings to redo eight downtrodden parks through his sweeping PlaNYC initiative.

But with the city in fiscal crisis, the mayor's new spending plan cuts funding in half for five of them.

Projects to revive Manhattan's Fort Washington Park, Dreier-Offerman Park in Brooklyn, Soundview Park in the Bronx and Highland and Rockaway parks in Queens have been gutted from a combined $206 million in 2007 to $102.9 million, city documents show.

At Dreier-Offerman near Coney Island, a $40 million plan to reclaim the park from the homeless and junkies by adding new athletic fields and restoring wetlands was cut to $19 million.

A Parks official speaking on condition of anonymity said it's more likely some seasonal workers would be laid off, adding anticipated budget gaps could also be resolved by delaying or cutting spending on other park projects.

The official also said the city has a "bad" habit of commissioning renderings for park projects "it knows it'll never be able to fully fund" just to grab a quick headline "and boost the mayor's popularity."

Well, cutting the Ridgewood Reservoir destruction budget is not so bad because the ballfields aren't being used anyway.
Posted by Queens Crapper at 9:59 AM

Does this mean his vision of an improved Flushing Meadows is also washed up?

How about taking care of the parks we have now. I was at Maurice Park on Sunday and there were some animals having an open fire bbq. They were making a big mess and no parks dept. people were around. I called 311 and they said it would take up to 14 days for the parks dept. to respond. I asked the moron on 311 what that is going to do when there is an open fire bbq right now? I got "Sorry sir that's the way it is"... I went to Maurice Park the next morning and sure enough the place looked like a damn shithole. The place where these people were having their bbq was a fXXcking mess! There was garbage all over the park too...

"There was garbage all over the park too..."

There's garbage all over the city.
I think we're talking about a much larger problem here, and a much more difficult citywide habit to change. Any ideas?

we got a new park on grand avenue maspeth/elmhurst and it was suppose to open this spring but now pushed to 2010, guess bloomass screwed us on that too.

maurice park next time call the police, not the parks dept, they can't have bbq over there and should be fined.

Look at that pansy trying to look so Butch in his bomber jacket!

And don't give me any of that crap about Bloomass having a mistress.

Who know what goes on in that old chicken queen's compound in Bermuda!

The bomber jacket looks a lot better on him than when he tries to go "working class" in his commercials.

I came from a working class family and my parents would not have been caught dead seeing me not dressed to the nines for photographs or mass.