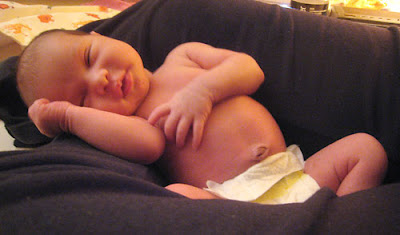 Atlantic Yards opponent Daniel Goldstein and his wife did what megadeveloper Bruce Ratner has failed to do: they brought life to the Atlantic Yards footprint.

On Nov. 9, little Sita Dorothy Goldstein was born to Goldstein and Shabnam Merchant — and unlike most things near the couple’s Pacific Street home, the six-pound, five-ounce baby is “adorable,” the proud papa said.

“Despite the unusual circumstances, we’re happy to be living our lives and being able to raise our child in Brooklyn where we planned to,” Goldstein said. “We’re just very happy to have started a new family.”

The kid will be a grandmother before anything gets built there.
Posted by Queens Crapper at 12:18 AM

Beautiful little Sita: Welcome to the world that Commissar Death and Taxes wants to rip from you and hand over to his wealthy developer cronies to make a buck off your memories.

I hope you can grow old in your present home and never have to suffer the pain of the evil this Commissar oozes from his very pore.

One day you'll have the education and the soul to realize the savagery this corrupt and stupid man practices daily.

Your birth and your very existence reminds me of the story of King Herod, who also wanted no possible opposition.