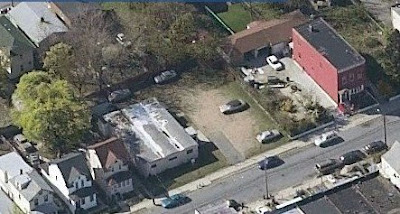 A Jamaica community is up in arms over the arrival of new neighbors - about 100 recovering substance abusers.

"There's a lot of kids on this block. It's dangerous," said Crystal White, 24, who lives with her 5-year-old son across the street from the Top of the Hob's shelter for recovering male addicts.

Concerned locals noted that there are two day care centers within a block of the facility, which occupies four one-and two-family homes between 150-22 and 150-28 113th Ave.

And it wasn't until trucks filled with bunk beds appeared on their residential block several weeks ago that neighbors found out about the shelter, whose occupants moved in shortly afterward.

Jamaica residents call haven for ex-addicts a threat to kids

Looks like the property was vacated today. Amazing how quickly action is taken when a story is published about these things. Otherwise, your neighborhood's screwed.
Posted by Queens Crapper at 12:00 PM

They should have opened it up in Astoria or LIC.

Anything goes in the Wild West.

YOUR RIGHT ANYTHING DOES GO THATS Y THEIR GONE!!!!!!!

No NIMBYism. It was illegal and was shut down for that purpose. I hope it opens up again next door to you and you can try to get DOB to give a damn.

yes we want drug addicts who are using illegal drugs and being pains in the ass in our back yard.

crack vials, pit bulls, crazy people who will rob you for your shoes. yes that's what we want.

we don't want any sober people around.