Be prepared to wait...a lot 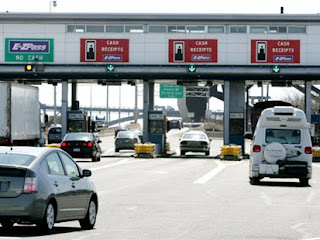 The MTA's doomsday budget may take a huge toll not only on drivers' wallets but also on their time.

The agency is weighing a plan to close some cash lanes at the nine bridges and tunnels it operates.

And as if that won't create enough congestion, it may also begin stopping drivers without enough money on their E-ZPasses instead of letting them through and billing them later - saving $3.4 million in mailings.

The possible changes are part of the agency's plan to close a $1.3 billion budget gap unless city and state lawmakers step in with a crucial bailout package.

MTA officials expect to save $3.4 million by closing cash booths at times when fewer cars use the crossings. Still, it would likely slow traffic to a crawl as cars pile up behind the remaining tollbooths.

Also, if a driver is stuck behind an E-ZPass user with a negative balance, "the scanner will reveal this and a Bridge and Tunnel officer will need to intervene, causing delay to [the driver behind]," said MTA Bridge and Tunnel spokeswoman Joyce Mulvaney.
Posted by Queens Crapper at 12:20 AM

Get EZPass... the device is FREE! And tolls sometimes discounted!