Kissena Blvd stores have no entrances on street 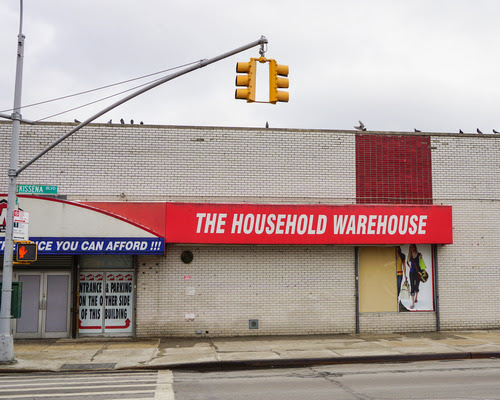 From Citizen of the Month:

[In 2008] I wrote a blog post titled, “The Slummification of Kissena Boulevard,” where I talked about the decline of the street’s shopping district. I couldn’t understand the logic behind all these stores left empty. The neighborhood wasn’t fancy, but it wasn’t impoverished. Surely a Dunkin’ Donuts franchise would do OK. Was it possible that a landlord could make more money NOT renting the property, under some sort of tax loophole reminiscent of “The Producers?” To this day, I still get comments on that post from people who used to live in the neighborhood. 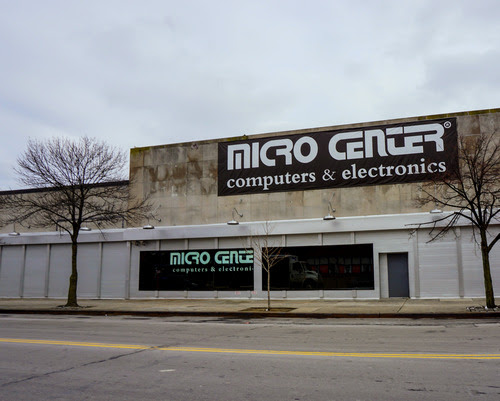 I’m glad to say that a lot has changed since then. Not long after I wrote that post, there was movement on the street, and workmen began making repairs to the infrastructure. Rather than the structure being demolished, it was strengthened, and smaller storefronts were consolidated. While no Target or Kmart ever moved in, new stores DID arrive. Today, 95% of the original Kissena Boulevard shopping area is back in use, the centerpieces being a supermarket, a National Wholesale Liquidators, and an established electronics/computer store. I enjoy each store and shop there often. 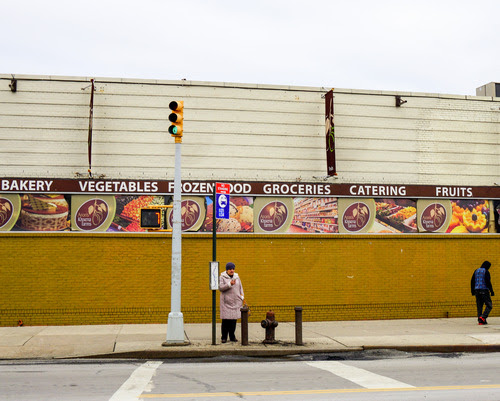 One aspect of this neighborhood revival disappoints me, and that is the suburban mentality that is foisted on our urban folk. While the once empty parking lot is now busy with shoppers filling up the trunks with purchases, Kissena Boulevard is still a ghost town. All entrances that were once directly on Kissena Boulevard have been locked, boarded over, or bricked over. The only way to enter the stores is through the parking lot. It feels as if the stores have open arms to visitors driving in from other parts of Queens, while sending a message of distrust to the actual residents of the neighborhood. 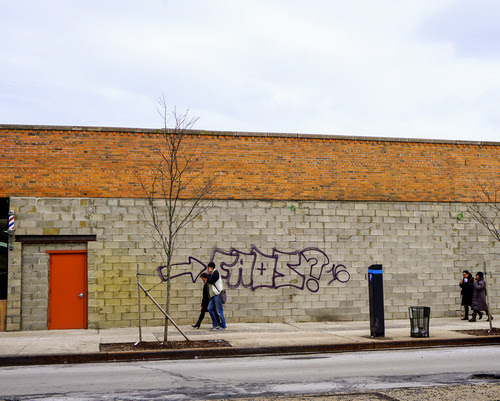 You've got some ghetto garden apartments real close by.

Maybe with no street entrances the "bros" cannot easily bop in.
Isn't there a parking lot in the rear?

My thoughts (whether right or wrong) are that IF there were entrances on Kissena Blvd, the city would probably install parking meters, and there would be increased traffic issues and problems (like double parking while people loaded and unloaded their vehicles). Your photos show the street relatively free of traffic congestion.

PERHAPS that is what they envisioned when they came up with this design. I am NEITHER defending it nor condemning it - it's just the thought that popped into my head when I saw the photos.

It is amazing what a world of difference it made when Petland moved from the large National Wholesale Liquidators shopping strip on Kissena Blvd. to just across the street. It was a decent store easily accessible from the parking lot. Now, you have to wade through a bunch of low class scum from the projects a block away who are hanging out on the sidewalk to get to the store. It doesn't feel safe at night at all. Instead of a large well lit parking lot, you have a tiny barely lit parking lot away from public view which is an invitation to get mugged. And then you have to walk all the way around the buildings to get into the stores. No wonder I prefer Petco a couple miles away to get my pet supplies. That particular part of Kissena, and the part running down past 73rd street has become a real ghetto looking area. Last year, there was an obvious resident of the housing project who was approaching everyone who parked in the Walgreens parking lot for money. I got out of my car, recruited the Walgreens manager, and together we chased this bum back to his projects home. And in the same parking lot, you frequently find Chinese illegal scum trying to sell pirated DVDs--right next to the Redbox DVD kiosk.

Hey Anonymous,
What "Bros" are speaking of? Do you think you are clever for using a code word? You aren't, you are a bigot!

You can see the muni-meter in the 4th picture.

Everyone knows what 'bros' referred to. Grow up.

Hey, Renee...I live in Georgetown Mews.
Plenty of "bros" in the NYHA projects that have created havoc in the area. Check out the muggings and shootings in the press.
Got it now? Facts really hurt , don't they?
Just look away Renee if you don't like what you read.

I love those stores, but MicroCenter not putting in a front entrance is both ugly and inconvenient.
Less so with Kissena Farms, since the entrance is right on the side.

Also, AFAIK, the parking lot behind Petlands and the like isn't for shoppers, but for people who've paid for spots. At least, that's what the sign says. There's certainly "bros" (what an odd word choice, makes me think of frat boys) hanging out there, but they live right there, and have never made me feel unsafe.