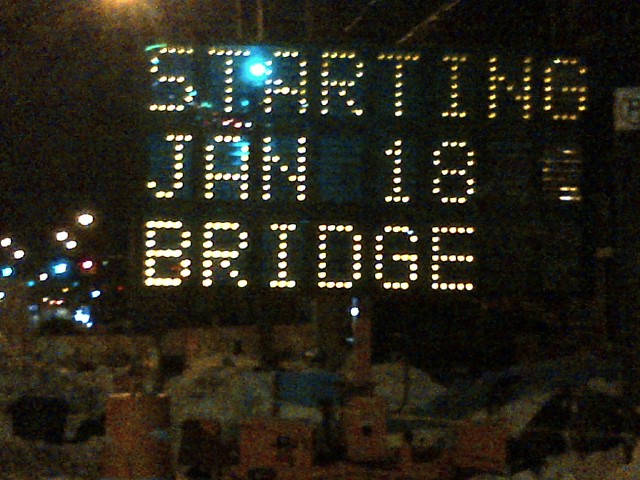 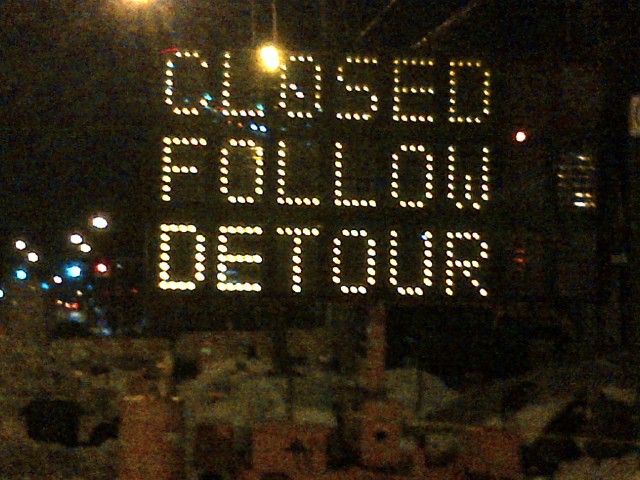 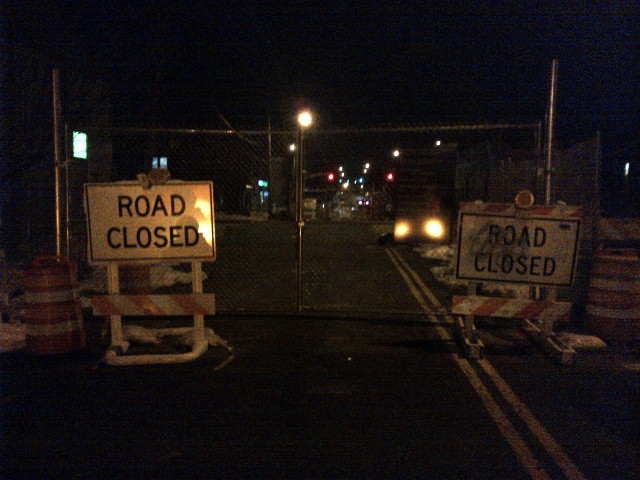 "Just drove along 149th Street southbound to 35 Av & suddenly I saw a lighted sign, pictured above & or below, by the 149th Street / LIRR Bridge. They put up a chain link fence, delivered a construction trailer etc. So I guess demo will actually start soon, sooner than recently told by DOT, newspapers, etc. But much later than they said over a year ago; scheduled to have been completed by November 2015.

After the bridge was completely rebuilt from May 2010-2012 at a cost of $7 million tax dollars, It has been, unnecessarily remained closed and unusable since it was inspected in May 2012, almost 4 yrs. That's a total of almost 6 yrs that it was closed and unusable to motorists, including all emergency service vehicles.

The latest I was told, this "deck replacement" is reported to cost, another, $1.6 million tax dollars. Let's see what the final cost actually winds up being." - Peter 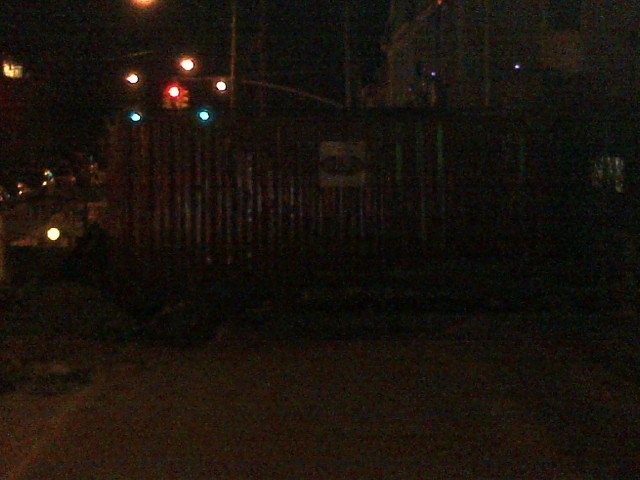 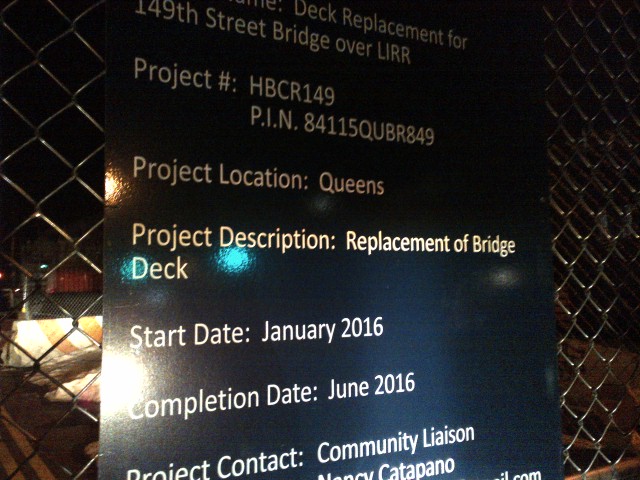 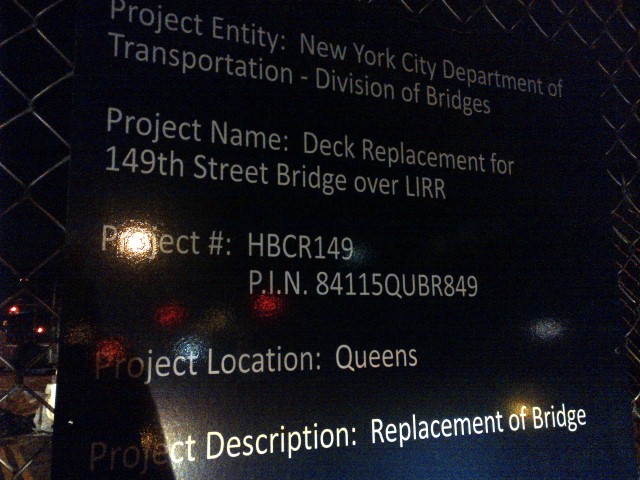 That, my friends, is how government works...

As long as it does not fall down and block the tracks of the LIRR I take, I couldn't care less.
Flushing is overcrowded, underserved, full of corrupt pols, unsanitary , dangerous....DEAD!
RIP! Glad I do not live there.

Totally rebuilt - and totally unusable? Please tell me how the &#$@ that happened?!

Flushing is overcrowded for those who remember Flushing in the old days !
Not the new Asians who think open space is wasted on trees and grass.
Fedders and cement yards with cars and windowbars...

The Government "FIXED IT".

Totally rebuilt and unusable?
Peter Koo probably got one of his Chinese contractors to rebuild it.
I guess he owed them for contributing to his campaign.
Hey, this is Little Taipei. Nobody really gives a flying fuck what goes on here.
Chinese are used to living with crap in their old country.
Now, if this were the Bayside viaduct, it would be a whole other story!

I just spoke to Jim Hoffer, 9:30am Feb 2, by phone and he will speak to his boss but feels they are not interested in doing a follow-up story on the demolition and replacement of the bridge roadway deck.

not sad that it seems mostly asians are the ones populating and now overpopulating my hometown. hate the ever-present conditions that exist and have become the norm. the litter, the pushing in buses and trains, again the litter, the ugly overdevelopment instead of actual infrastructure improvements (take this bridge for example). then there's the litter and pushing. these are not acts against a culture, these are acts against humanity!!