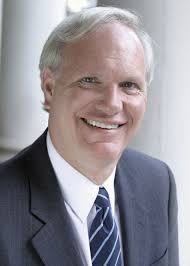 Not long ago, the city’s working- and middle-class homeowners gasped when they opened the mail to find new property tax assessments.

While the property tax rate in New York City hasn’t risen, our homeowners get slammed with exorbitant annual increases — many in my district in Queens saw hikes as high as $1,000 — because of a severely broken property-tax assessment system. These homeowners need relief to maintain a promise of affordability in New York City, which is why I support a 2% state property tax cap.

Our city can live under such a cap, just like every municipality, town and village in New York State has since 2011, where homeowners experience this respite from skyrocketing local levies.

Under the cap, increases in projected property taxes in localities are constrained. They can grow by only 2% or the rate of inflation, whichever is lower — unless the local council overrides the decision by a two-thirds vote.

As a result, not only do homeowners outside of the city enjoy lower tax bills, but by Fiscal Year 2020, they will have received $4.5 billion in additional state relief tied to the cap. Right now, city taxpayers don’t get a penny from those relief programs.

So extending the tax cap to New York City would help lift a burden both on families and on the city budget. For example, with a New York City cap in place, I would fully expect Gov. Cuomo to pick up the Medicaid growth that he’s proposed the city pay in this year’s budget; no county living under the property tax cap foots the bill for Medicaid growth.

There is something wrong when a mayor who preaches the gospel of affordability wants to balance the budget on the backs of working- and middle-class families.

The State Senate already voted for a 2% tax cap for New York City. I urge my colleagues in the Assembly to do the same to help struggling homeowners cope with costs, to keep New York affordable and to finally let 44% of New York taxpayers receive their fair share from the state.
Posted by Queens Crapper at 6:57 AM

Someone has to pay for de Blasio's progressive agenda and that wonderful trolley system that is strictly for the hipsters.

I applaud Avella's efforts in this. Yet, I have to ask this direct honest question.
How many of Avella's pushes have made it into law?
Keep on trucking, Tony! Somebody has got to stand up for the middle class which is like the meat in the sandwich...squeezed between two bread slices. We take the bulk of paying for the poor and are abused by the rich.

Our system is byzantine - and calls for a cap must consider the entire picture. For example, new construction increases the assessed value dollar-for-dollar, with no phase in... so, how will a cap impact the change from, say, a single family home to a new 40-story luxury condo?

"Dear Santa,
I would like a tax cap for Christmas so that my parents aren't forced to sell our home and move to Texas.
Although I do like cowboys, and would like to marry a rich oil man someday, all of my friends are in New York".

I'm gonna be buying a pushcart soon...load it with horse manure...push it all the way up to Albany, and dump it on the state capitol steps.
That's gonna be my big push!

Let's put on our thinking caps and see if this is a real option or just another flat tire.

He voted against the City Council pay raise, and now a tax cap.

I guess you have to take the good with the bad...

How about we allow alloidal title. Under this system which is most in accord with the US constitution and the respect of property rights, if you own it, than it cannot be taxed. Do you really own anything if the government can tax you for your ownership? Property tax is repugnant to a free society. The place where America is in 2016 is disgusting and in some ways worse than the Soviet Union. At least there was no illusion in the Soviet state that you were free. Here in America the liberals have stolen our freedom and the fascist right aint high up on my list of real Americans either.

EXCESSIVE taxation without REAL representation is TYRANNY!
My councilman Paul Vallone is a developers' lobbyist.
Do you think that we are being REALLY represented by this crooked double dealing brute?
Our district has been fucked in the tookas many times by this SOB.
Representing developers and his constituents are a conflict of interest.
So, why don't you dummies give him a second term to double deal you?
As for me, I wouldn't bend down for my dropped soap if Paulie were behind me in the shower.
Skeevioso mafioso!

California capped property taxes at 1 percent of sales price for life in 1987,I paid 550k so my tax is 5500,it goes up with the sale of the house and adjusts to new price sale,say I sell for 650k then it's 6500
It's a good start and does not tax retires out of Thier homes

Tax caps are ment to help people
What make you think a liberal wants to help You
White Privilege is the new Racism charge and it's working just fine.
Pay your white privilege tax and shut up.

Do you really own anything if the government can tax you for your ownership?

While I agree with you, the problem is the land that your house is on.
The tax is rent on the land, which you don't own.

"alloidal title" - damn that's one of the stupidest things I ever heard!!!! HAAHAHAHAHH!!!

1. Abolition of private property in land and application of all rents of land to public purpose.
The courts have interpreted the 14th Amendment of the U.S. Constitution (1868) to give the government far more "eminent domain" power than was originally intended, Under the rubric of "eminent domain" and various zoning regulations, land use regulations by the Bureau of Land Management property taxes, and "environmental" excuses, private property rights have become very diluted and private property in lands, vehicles, and other forms are seized almost every day in this country under the "forfeiture" provisions of the RICO statutes and the so-called War on Drugs..

2. A heavy progressive or graduated income tax.
The 16th Amendment of the U.S. Constitution, 1913 (which some scholars maintain was never properly ratified), and various State income taxes, established this major Marxist coup in the United States many decades ago. These taxes continue to drain the lifeblood out of the American economy and greatly reduce the accumulation of desperately needed capital for future growth, business starts, job creation, and salary increases.

3. Abolition of all rights of inheritance.
Another Marxian attack on private property rights is in the form of Federal & State estate taxes and other inheritance taxes, which have abolished or at least greatly diluted the right of private property owners to determine the disposition and distribution of their estates upon their death. Instead, government bureaucrats get their greedy hands involved .

I don't like the state telling the city what to do. This is (IIRC) the only tax that the city has control over raising - and we're going to take that away, as if the state government isn't even more corrupt than the city government?

I am in the final stages of putting my property in trust to a not for profit. Now the city won't get a penny in taxes out of me.
Don't let the tax man beat you down. Fuck him first, good and hard!

I am in the final stages of putting my property in trust to a not for profit.

Well done! The way to do it.

I cannot help, but notice that every time there is a piece of legislation that woudl benefit the average person, Mr. Tony Avella is behind of it.
Is he the only legislator that has his constituents interests in mind all the time?

For the record, I don't vote in the duopoly system, not interested in diet or regular.

Mr. Avella thanks for all you do.

Tell me what's worse...a lying pol or a pie in the sky pol?

You are all being taken for a ride with this property tax cap proposal.
It may be what you want. It is not likely to happen. Who is creating a sense of false hope here?
Let's have some REAL measures to alleviate the burden.
Another day...another intro! Yawn!