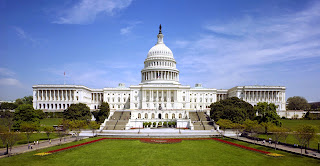 Today, compassion fuels the American political bus. No one can expect to lead the country without proving that he or she feels our pain.

That is a fatuous basis for policy, notes political scholar William Voegeli in a calm and reasoned book that carries the impishly inflammatory title, “The Pity Party: A Mean-Spirited Diatribe Against Liberal Compassion.”

Compassion creates a co-dependency between the empathizers and the empathizees: Liberalism is an “alliance of experts and victims,” in the words of Harvard’s Harvey Mansfield.

If the empathizees ever disappeared (by, say, having their miseries extinguished) then the empathizers would lose their purpose, the soothing soul balm of caring.

That’s why, no matter how much money gets poured into poverty alleviation ($22 trillion, not including Social Security or Medicare, in the last 50 years), “You will never hear the words “Phew! We cured poverty.”

Indeed, official poverty measures simply leave out anti-poverty benefits. That’s like saying you’re carless if you were forced to accept a Chevy paid for by other taxpayers.

So the poverty rate never really changes — it’s been around 14% or so for the last half-century — even as living standards for today’s poor surpass those of yesterday’s middle class.

Ah, but the poor are less healthy, argue liberals. True. But whose fault is that? Many avoidable illnesses that disproportionately afflict the poor are traceable to ill-advised consumption, not deprivation.
Posted by Queens Crapper at 12:16 AM

"In the 1930’s, the 'liberals' had a program of broad social reforms and a crusading spirit, they advocated a planned society, they talked in terms of abstract principles, they propounded theories of a predominantly socialistic nature—and most of them were touchy about the accusation that they were enlarging the government’s power; most of them were assuring their opponents that government power was only a temporary means to an end—a 'noble end,' the liberation of the individual from his bondage to material needs.

Today, nobody talks of a planned society in the 'liberal' camp; long-range programs, theories, principles, abstractions, and 'noble ends' are not fashionable any longer. Modern 'liberals' deride any political concern with such large-scale matters as an entire society or an economy as a whole; they concern themselves with single, concrete-bound, range-of-the-moment projects and demands, without regard to cost, context, or consequences. 'Pragmatic'—not 'idealistic'—is their favorite adjective when they are called upon to justify their 'stance,' as they call it, not 'stand.' They are militantly opposed to political philosophy; they denounce political concepts as 'tags,' 'labels,' 'myths,' 'illusions'—and resist any attempt to 'label'—i.e., to identify—their own views. They are belligerently anti-theoretical and—with a faded mantle of intellectuality still clinging to their shoulders—they are anti-intellectual. The only remnant of their former 'idealism' is a tired, cynical, ritualistic quoting of shopworn 'humanitarian' slogans, when the occasion demands it.

Cynicism, uncertainty, and fear are the insignia of the culture which they are still dominating by default. And the only thing that has not rusted in their ideological equipment, but has grown savagely brighter and clearer through the years, is their lust for power—for an autocratic, statist, totalitarian government power. It is not a crusading brightness, it is not the lust of a fanatic with a mission—it is more like the glassy-eyed brightness of a somnambulist whose stuporous despair has long since swallowed the memory of his purpose, but who still clings to his mystic weapon in the stubborn belief that 'there ought to be a law,' that everything will be all right if only somebody will pass a law, that every problem can be solved by the magic power of brute force."

that "ill-advised consumption that good-ol' capitalist businessmen advertise and hawk to these people. Blaming people for falling victim to marketing is typical Post garbage.

Whenever anyone points out these facts, the big processed food co's circle the wagons and get mouthpieces to write crap like that article to deflect blame for the real problem.

Fast food is actually not cheap, not when a family is stuffing their face at McDonald's or any of the other crap shit places.

You can eat healthy for less than what is costs to go to a fast food place, so this whole bullshit that fast food is cheaper than healthy is exactly that, bullshit.

Factor in the health issues caused by such eating and fast food is extremely expensive, but let's not get facts and science in the way of this issue.

Throw on top of this what happens to the environment with factory farming, which is the type of meat that fast food use, the packaging and then the litter, that cost goes even up higher.

What? Have you any idea how cheap it is comparatively to buy a pound of rice, broccoli, and skinless/boneless chicken to feed a family of 4?
You and this woman are part of the problem, pal.

"if one does not work, one will not eat".

communism reached the Moscow on the Hudson anyway. shame, shame .